Rihanna and her adorable niece Majesty, 7, had a night on the town, as they enjoyed a dinner date in Santa Monica on Aug. 20.

It was a girls’ night for Rihanna and her 7-year-old niece Majesty on Aug. 20. The “Work” singer, 33, who officially became a billionaire earlier this month, looked amazing in a thigh-skimming slip dress while on a dinner date with Majesty at Giorgio Baldi restaurant in Santa Monica.

The darling duo was photographed leaving the restaurant, and Rihanna could be seen holding her niece’s hand as she guided Majesty through the sea of paparazzi.

For their night on the town, Rihanna accessorized her look with silver wrap tie stilettos, a glittering beaded choker, and a ton of jewelry, including a large diamond pendant necklace, hoop earrings and an emerald and gold bracelet. 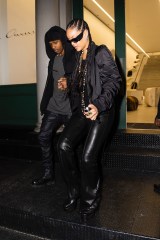 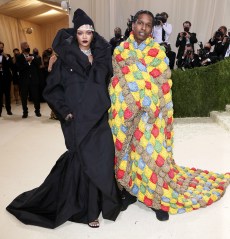 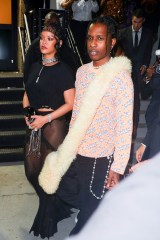 Rihanna also carried a metallic clutch bag and highlighted her natural beauty with a bold red lip. Most of Rihanna’s hair was put up into a high ponytail, but the singer also braided the front sections and left one chunk loose.

Meanwhile, Majesty, who is the daughter of Rihanna’s cousin Noella Alstrom, rocked a monochrome sweater vest with a pair of light denim jeans and some tie-dye patterned Crocs.

Fortunately, it looks like Rihanna and Majesty are back on good terms after the singer banned her niece from accessing YouTube. In a hilarious video that Rihanna shared on social media earlier this week, the singer could be seen banning Majesty from the platform while “This Is What You Came For” — her collaboration with Calvin Harris — plays on Majesty’s tablet.

Majesty wasn’t amused by Rihanna’s disciplining tactics or the song that was playing, so she just covered her ears and sulked in her chair. But all seems fine now, as they were seen holding hands outside the restaurant together.