“I wasn’t craving a radio hit. I wasn’t craving popularity. That’s never been the goal,” H.E.R. tells MTV News’ Dometi Pongo on The Method. The MTV News digital series gives fans an intimate look at the music industry’s biggest talents. In the first episode of the new season – premiering here on HollywoodLife — H.E.R. revealed fame was never part of the equation. “I think people see that as a goal, having that lifestyle of the rich and famous. ‘Don’t you want your name in lights? Don’t you want to be on the red carpets?’ And I’m like,’ I just wanna play music.’ That’s all I want is to make music and for people to love the music and respect the art that I create, ’cause it comes from my spirit. It comes from my own soul. It comes from my own personal thing. So that was never the goal.”

And yet, H.E.R. has accomplished that. Ever since her debut EP, 2016’s H.E.R. Volume 1, there has been a buzz around this dynamic artist. Commercial success (her 2021 debut studio album, Back of My Mind, debuted at No. 6 on the Billboard 200 and topped the R&B Albums chart) and critical acclaim soon followed. Since arriving on the scene, H.E.R. has racked up multiple Grammy nominations. She won her first award – Best R&B Performance for “Best Part”) – in 2019, and her second earlier this year, when “I Can’t Breathe” took home Song of the Year at the 2021 ceremony. She quickly followed that up by winning the Academy Award for Best Original Song for “Fight You,” taken from the film Judas and the Black Messiah.

How was it like to win an Oscar? “I don’t know if I can describe that feeling,” H.E.R. tells Dometi on The Method. “It was like so chill. And you know, we go in, and I’m a little bit intimidated. I’d never been to the Oscars before. And I’m like, ‘wow, I’m here. ‘When they call my name. I stopped for a second. Everything just kind of stopped. And I was like, ‘wait, what did I just want an Oscar?’ Like that was that was my initial reaction. ‘Like, wait, what?’ And I see my mom, and she’s crying. She’s proud. She’s jumping up, everybody’s going crazy. You know, me and Tiara [Thomas], we look at each other. We’re like, ‘wow, we did it.’ I’ll never be able to have that feeling again. And I can’t describe it. Because it was such a moment that I couldn’t prepare for.”

H.E.R. has been preparing, one way or another, to become one of the biggest names in music. Growing up in a Filipino and Black household – “My mom, you know, she came to America when she was 17 or 18,” she says – she was constantly exposed to the power of music, courtesy of her father’s cover band. “I grew up in a musical household,” she adds. “And yeah, we used to just jam and have gatherings, and that was like the vibe in my house.”

H.E.R. also found her own vibe thanks to a wide range of influences. During The Method, she gives love to PARTYNEXTDOOR, Drake, Jhené Aiko, and Jill Scott for helping her craft the sounds on Volume 1. But the number one influence for H.E.R. was Alicia Keys. “You know, she was playing piano and singing, and I rarely saw that. So she was like, number one for me. Anytime Alicia had braids, I had braids. Anytime she wore a hat, I wore a hat. You know, like, I really loved Alicia Keys and looked up to her. She influenced me to even be just more confident.” 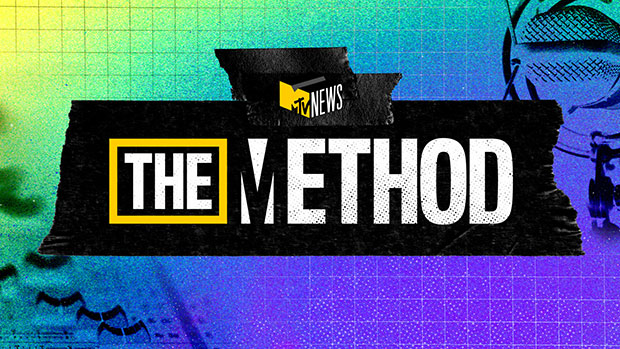 With so much accomplished, what’s next for H.E.R.? Even she doesn’t know – yet. “There [are] so many things that I didn’t imagine that I would even do. I had a vision board in 2016, and I accomplished more than half of the things on there,” she says. “And, well, everything on there really. And now I’m trying to make a new vision board, and I’m in the middle of creating it right now. So I can’t tell you what that looks like and what people are going to say about me, that I made some good music? We’ll see. We’ll see. I’m still discovering all my purposes. So ask me again in 10 years.”

Check out the rest of H.E.R.’s appearance on MTV News’ The Method. The prior season included talks with Phoebe Bridgers (see here), Tayla Parx (here), and Patience Foster (here). This season will feature Tainy (Aug. 27), Sean Bankhead (Sept. 3), and Julia Michaels (Sept. 10), so subscribe to the MTV News YouTube channel so you don’t miss out.