‘RHOA’ star Kandi Burrus opened up about her breast reduction surgery in her new YouTube series, which she created to ‘be real with the people’ about cosmetics surgery.

Kandi Burruss, 45, is feeling a lot lighter in her chest these days. The Real Housewives of Atlanta star recently underwent a breast reduction surgery, and she shared details on the procedure in the first episode of her new YouTube series, Body Work. In the Aug. 15 video, Kandi explained that she launched the new series to “be real with the people” about the cosmetics surgeries that celebrities, herself included, usually get. Kandi then showed off her new breasts in the video, telling her fans, “Can you tell? Can you tell they’re smaller?”

“Let’s not let all the other diets and stuff that I’ve done confuse you into thinking that that’s what made my boobs get reduced, because it is not, honey!” the Bravo star proudly said. “Yeah, the weight loss, I did have some weight loss. I have tried some juice fasts recently. Or, excuse me, ‘juice cleanse’ recently. Yes, I did lose a couple pounds with that,” she added.

But Kandi’s breasts did not diminish despite losing weight. So, as she explained, she went to a surgeon to reduce their size. “I went to a doctor and he did a little, he cut a chunk off of each one of them, okay? I’m just gonna keep it 100 with you,” she informed her fans. Kandi went on to share that she’s “tried a couple different things as far as changing my body,” and said she’s gotten liposuction and a tummy tuck and “tried” Botox. 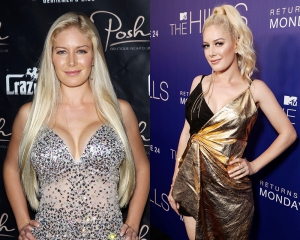 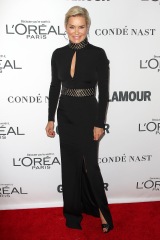 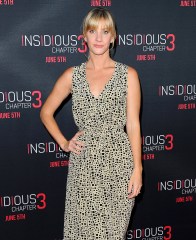 Kandi also documented her visit to Dr. Chad Deal, the man who performed the breast reduction surgery, in her video. Kandi could be seen going under the knife in the hospital, and later woke up after the surgery looking groggy but in relatively good spirits. “He reduced these bad boys,” she said from her bed after returning home from the hospital

“They’re still there, but they’re perky and smaller for sure,” she added of her breasts. “When I go back for my follow-up appointments, that’s when he’s going to take the stuff off, take pictures of me. Hopefully I’ll get a chance to see what they look like.”