Mark your calendars with blood and glitter: today, Friday the 13th, is the official kickoff of Halloween, and LVCRFT, those charming creeps from the crypt, are ready to dance all over summer’s grave and into the spooky season. As the world turns black and orange, LVCRFT – Deepkutz, Lil Punkin, and Norman Crates – are throwing a little red in the mix with “Every Night,” their brand-new song, and first from their upcoming third album, THE RETURN. With production boasting Psycho­-esque strings, a beat that will possess you, and haunting features from guests Jake Killer, Olivia Demon Spawn, and Slay Hart (aka Jake Miller, Sarah Hudson, and JHart — “Every Night” proves that disco’s not dead. It’s back and ready for the sequel.

“It’s Friday The 13th, and what better day for LVCRFT to begin our RETURN,” LVCRFT’s Deepkutz, aka MNDR, shares with HollywoodLife. “‘EVERY NIGHT’ is just the first drop of blood in the bucket for our offerings this year. We are THRILLED to have the iconic Slay Hart, Jake Killer, and Olivia Demon Spawn casting their spells on this future BLOODY Disco Classic!” Lil Punkin tells HL that this song “is deadly disco music for the dead, the undead and the living! Slay Hart calls it ‘Studio 50Gore to the core’. Norman and Deepkutz killed it on the production, and Olivia and Slay Hart are always so dangerous with their poisonous pens. Can’t wait for all of our Spooky Freaks to throw on their platforms and overdose on this pop bop!” 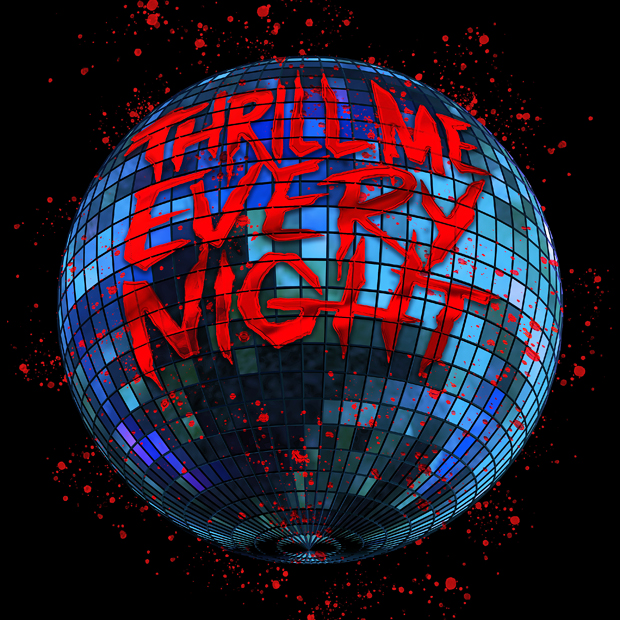 “Try not to get infected with this deadly groove that is 100% for sure to slay every dance floor EVERY NIGHT…forever and ever and ever and ever and ever,” adds Norman Crates, “we are all doomed to groove.” As for Jake Miller, he shares that he’s “so pumped to be part of this song and the LVCRFT project in general. There aren’t enough great modern Halloween songs nowadays, and I’m excited to be a part of one!”

There is more on the way. LVCRFT has promised that its new album, The Return, arrives on October 1st, right in time for all the fiendish festivities. Thirteen terror-filled, tantalizing tracks will thrill you until well after midnight, making this possibly the greatest Halloween of them all. But, you won’t have to wait that long for new music. LVCRFT has plenty more tricks and treats for you planned, so sleep with one eye open, so you don’t miss a single one.

LVCRFT has been providing new, modern monster music since they burst out of the casket and onto the scene in 2019 with This Is Halloween and their new Christmas classic, “Naughty & Nice.” Though the COVID-19 pandemic put a damper on Halloween plans, the crew came back with The Sequel, a sophomore release that was packed with spooky star power. Bruce Campbell and John Kassir – aka the voice of the Cryptkeeper from Tales From The Crypt – took part in the Halloween extravaganza, as did  Uffie (Uffie The Vampire Slayer), Bonnie McKee (Evil McQueen), ZZ Ward (ZZycho Ward), and Morgan McMichaels (Morgan McMyKill Myers).

The group also released a cover of “Spooky Scary Skeletons” in 2020, and Freeform used it as its theme for its 31 Nights of Halloween. Their music has also been featured on The Chilling Adventures of Sabrina and Adam Sandler’s Hubie Halloween.