Cardi B looked like a goddess when she channelled her inner Greek god in the music video for Lizzo‘s new song “Rumors.” The duo teamed up for the upbeat summer hit, and totally stunned in the music video, which dropped on August 13. In the clip, Cardi and Lizzo launch themselves into a pop pantheon in the sky, and are joined by a chorus of people dressed in togas and gladiator boots. Cardi sat atop an illuminated throne, and read from a scroll full of ‘rumors’ while rocking a golden breastplate and body jewelry wrapped around her growing baby bump. 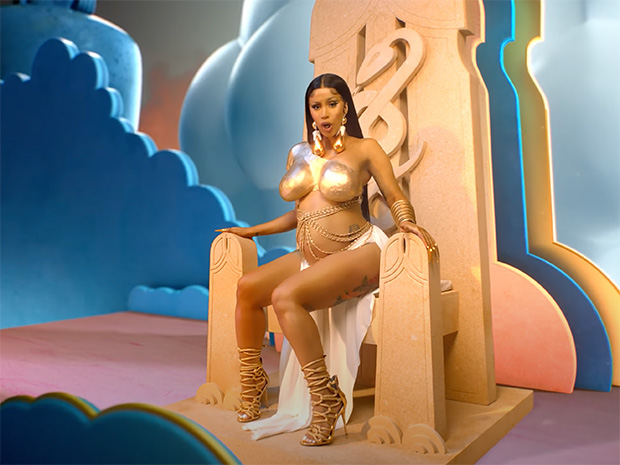 The singer also donned gladiator-style gold pumps, elaborate gold drop earrings, and a white toga-style skirt. The song was all about rumors, and Cardi made an already-known confession on the tune, rapping that her derrière and breasts are indeed “fake.” She also revealed she made a whopping $1 million dancing at former strip club Sue’s. “All the rumors are true, yeah,” the pregnant Bronx native states. “Last time I got freaky, the FCC sued me,” Cardi also rapped, referencing the controversy around 2020 summer hit “WAP.”

Meanwhile, Lizzo rapped, “No, I ain’t f— Drake yet (Ha),” and revealed that an ex “blew it” at a shot with her. Just two weeks before dropping the track, the “Truth Hurts” singer hinted that new music could be on the way. “An album?” she said in a TikTok video response to a fan comment. The clip showed her sitting in front of a mic and under a bright purple light. “An album? Absolutely not. I’m not making no f-cking album. I’m not in a studio. This isn’t Mark Ronson,” she said, turning the camera to show the infamous pop producer. “This isn’t a whole [sound] board. I’m not hanging out with songwriters like Phil [Lawrence.] I’m not making a f-cking album. Where do you get that from?” 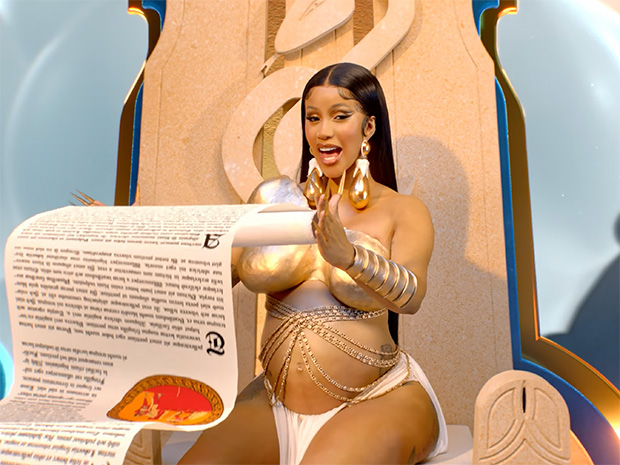 She captioned the video with “THE RUMORS ARE FALSE.” Except – they weren’t. On Aug. 2, she dropped the cover art to her new single. “NEW ERA B***H. ‘RUMORS’. 8/13.” A week later, she let everyone know that Cardi would be joining her on the track. As fans would surely know, Lizzo’s breakout song “Truth Hurts” has been certified 6-times platinum by the RIAA. In addition to “Truth Hurts,” Lizzo’s Cuz I Love You spawned another Billboard Top 10 hit with “Good As Hell.” It reached No. 1 on the Hot 100 and reached the top of the US R&B/Hip-Hop charts. It’s been certified triple-platinum.