Ryan Reynolds said he not only gets trolled by his wife Blake Lively, but that his three daughters also join in on the fun against their famous dad.

Ryan Reynolds, 44, revealed that his wife Blake Lively, 33, has a major upper hand in their ongoing trolling battle. In an interview with PEOPLE promoting his new comedy film Free Guy, Ryan lamented over the fact that he’s constantly trolled by his wife of nearly a decade — and explained how she’s not alone in the shenanigans. “Oh, God, yes, I do,” Ryan said when asked if he gets trolled online. “Are you kidding me? I live with one. My wife trolls the crap out of me. Why would I go online? I’ve got it right here at home.”

And according to Ryan, Blake isn’t working alone in her trolling efforts against the Deadpool actor. “Even my daughters now troll me, so like I’m safe from nothing,” said Ryan, who shares daughters James, 6, Inez, 4, and Betty, 1, with the Gossip Girl alum.

Ryan and Blake met on the set of Green Lantern in 2010. They started dating the following year and tied the knot in 2012. Over the past years, the stars have enjoyed a blissful marriage and expanded their family with three children whilst constantly trolling each other on social media, which has pretty much secured their spot as Hollywood’s most beloved (and relatable) couple. 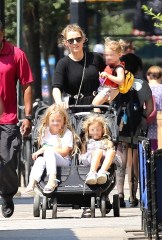 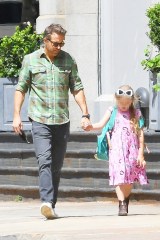 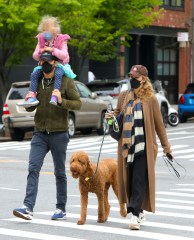 Most recently, Blake poked fun at Ryan over his “fine ass arms” after he shared a photo of himself getting a snapping turtle out of harm’s way. Ryan’s actions seemed like a sweet gesture, but Blake hilariously accused her husband of having an ulterior motive for posting the photo. “Are we supposed to believe this isn’t a post about your fine ass arms?” she said in a direct message to Ryan, who was sporting an amazing gun show in the image. Prior to that, Blake trolled Ryan over his hilarious feud with Chris Hemsworth, joked that he “didn’t invite” her to the set of Deadpool 2 when Brad Pitt shot his cameo, and said she “can’t believe” she’s “still married” to him after he passed on a birthday cake for a “birthday pie”.

Despite their never-ending trolling war, Ryan and Blake can get pretty serious when they need to. In fact, in an interview with SiriusXM’s Jess Cagle on Aug. 5, Ryan opened about why he loves his wife. “She’s a really talented, multi-hyphenate kind of person in this, you know, weird burgoo of an entertainment industry that we work in and, and she’s helped me so much in Deadpool [and] all kinds of movies that have been big successes,” Ryan explained.

Blake has undoubtedly felt the same about her hubby. She’s similarly shared in the past about how “incredibly involved” they are in each other’s work projects. “We’re involved in everything that the other does,” Blake told E! News in 2014.  “I love that he challenges me. He’s someone that I trust when he challenges me.”