Blake Lively hilariously accused her husband, Ryan Reynolds, of acting thirsty on Instagram after he shared photos of his ‘fine ass arms’.

Blake Lively, 33, had a bit of fun on Instagram on July 19 after her husband, Ryan Reynolds, 44, shared photos of himself to his Instagram Stories. In the photos, which you can see below, Ryan tried to get a snapping turtle out of harm’s way. But while it may have seemed like a sweet gesture, Blake trolled Ryan and accused him of having ulterior motives for sharing the images.

The former Gossip Girl star, 33, shared a screenshot of her direct reply to Ryan’s story on July 19, in which she wrote, “Are we supposed to believe this isn’t a post about your fine ass arms?” Blake then uploaded one of the photos of Ryan flexing his muscles several times, while zooming in more and more each time.

After sharing five screenshots, Blake let her fans know that she wasn’t done by writing, “But wait, there’s more. You’re welcome.” The images that followed included a cartoon pretending to tickle Ryan and another that included an image of whipped cream sitting on his arm. Oh, and we can’t forget the cherry that was on top.

Blake’s last post showed fireworks going off over Ryan’s amazing gun show. And rightfully so, we must add. All jokes aside, Ryan’s arms are definitely fun to look at. 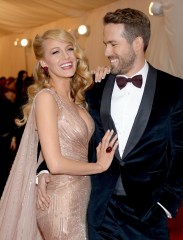 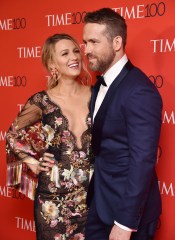 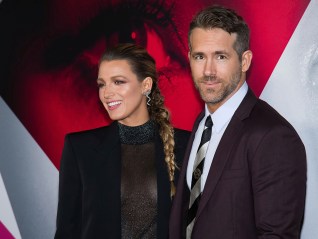 But we also love when Blake and Ryan, who are parents to kids Betty, 1, Inez, 4, and James, 6, troll each other on social media. Most recently, she trolled Ryan over his hilarious feud with Chris Hemsworth, joked that he “didn’t invite” her to the set of Deadpool 2 when Brad Pitt shot his cameo, and said she “can’t believe” she’s “still married” to him after he passed on a birthday cake for a “birthday pie”.