Geno Doak was sentenced to 16 months in Alabama’s Community Corrections after a plea deal, and has registered as an inmate, according to court documents — but won’t be physically behind bars.

Mama June‘s boyfriend Geno Doak, 45, has been sentenced to 16 months after being charged with felony drug possession and misdemeanor unlawful possession of drug paraphernalia. The reality star is registered as an inmate at Macon Community Corrections in Alabama, according to court documents obtained by HollywoodLife. Although he is being sentenced for 16 months, Geno will not have to be physically behind bars — but will have to follow specific rules. The sentence began on July 29 and ends on Nov. 28, 2022.

The sentencing comes over two years after both Geno and June were found with drug paraphernalia in March 2019, which June later pleaded guilty to. The paraphernalia charge was specifically dismissed as part of a plea deal, per documents, and Geno will be on probation for two years after his 16 month sentence. As part of the deal, he will also have to participate in substance abuse evaluation treatment.

Mama June pleaded guilty in court on April 13 to both charges, and was sentenced to 100 hours of community service, in addition to agreement to stay sober, to avoid jail time. At the time of her arrest, June claimed “that all the drugs and paraphernalia belong to her,” per a message from the Mama June: From Not to Hot season finale in May 2019. 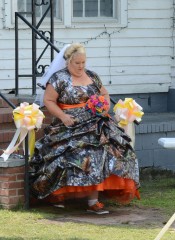 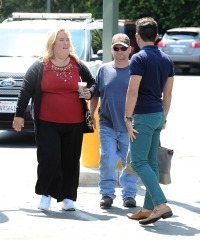 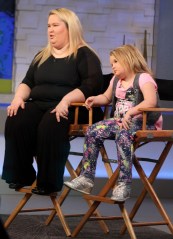 The reality star and mom of four has previously opened up about her difficult battle with substance abuse — confessing her habit cost “$2,500 a day, if not more” to daughter Lauryn “Pumpkin” Shannon, 21. “The only reason I sold the house, we was dead f—ing broke…because you know at that point we was doing quite a bit,” June said, referencing her usage of methamphetamine — commonly known as meth. She also used Xanax, a med which helps manage panic disorders, and prescription pain pills Fioricet, explaining to her daughter that she got “high” because she “wanted to.”

At the time, Pumpkin was concerned about the ramifications of her mom getting clean but not Geno. “The thing is like, you can’t get clean and then Geno not get f—– clean,” the 21-year-old pointed out. “I’m at the point of like I’m kind of done with him. I don’t like the way that he has treated you,” she also told her mom.