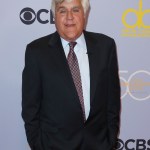 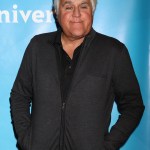 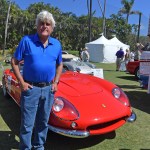 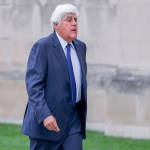 Jay Leno surprised his friends by hanging out of a moving airplane during a mid-air stunt. Watch the insane footage.

Well it isn’t a green screen: Jay Leno apparently spends his days hanging out of moving planes over the ocean. The comedian, 71, could be seen dangling on the hood of a tiny aircraft over Malibu in California in an Instagram post shared by TV writer and fellow comedian Spike Feresten on Wednesday, Aug. 11.

In his signature denim shirt, the former Tonight Show host gives Spike a thumbs up and smiles as the high winds blow through his hair. The TV writer could not contain his laughter over the fearless stunt, one he did not actually see coming. The clip is used to promote the newest episode of Spike’s podcast Spike’s Car Radio, in which Jay serves as a guest.

“It’s a mile-high SCR day!” Spike captioned the post. “And today I’m joined by Jay Leno, Jonny Lieberman and Zuckerman at the elusive and exclusive Malibu Kitchen Cars and Coffee. Jay chats about his new career as a wing walker. Lieberman reviews the Pagani Huarya Roadster BC. Plus, Panteras, Teslas and Bears!”

On Wednesday’s podcast, Jay chatted about how the surprise stunt came to be, reiterating that “it’s a real airplane.” He told Spike, “I wanted to surprise the guys. I was with some friends of mine and they didn’t know the front of the plane opened, so I went up to the front and then climbed up on the windshield.” The comedian revealed that he wasn’t even tethered to the plane for the stunt. When asked about the decision to implement the bizarre stunt, Jay replied, “Just being stupid.” He added, “You’re actually okay. It’s not that bad.” Alright!

While the comedian’s love of automobiles is well documented (he owns nearly 200 vehicles, including motorcycles, too), Jay is also an aircraft enthusiast. Air & Space magazine profiled the comedian in June and broke down his expansive airplane engine collection, including a 1934 Rolls-Royce Merlin, 1921 Benz-Mercedes, and more. (He owns seven total, to be exact.) Of his passion for his collection, Jay told the magazine, “There’s no such thing as too much power or torque.”