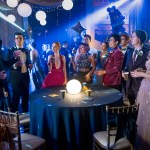 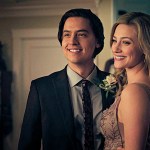 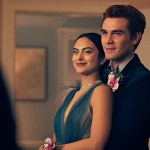 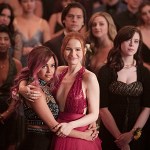 Casey Cott spoke to HL about ‘Riverdale’ season 5B, & his character Kevin’s trajectory!

The Riverdale kids are all grown up, and actor Casey Cott, who plays Kevin Keller in the series, is reflecting on his character’s growth and if he’s Team Betty or Team Veronica with Archie! In an EXCLUSIVE interview with HollywoodLife, while discussing his partnership with bp, Casey admitted, “In episode one, Kevin says that Betty and Archie were end game so… I think there’s got to be one wedding amongst the kids at some point. So, it’d be kind of fun if that was Archie and Betty.”

Recall, fans finally got to see Betty and Archie get together in the first half of Season 5 during a steamy shower scene that was most certainly worth the wait. However, Barchie was pretty much put aside when Veronica and Archie rekindled their romance in the 7-year time jump. “Veronica has always been a very forward-thinking person. She doesn’t like to linger on things. She kind of moves on quickly. It’s like, alright, that happened. On to the next thing. I think she said it really perfectly with Archie. She’s only focused on the present and what you want right now. It doesn’t really matter what happened in the past. They’re adults now. It’s been seven years. Get over it,” Camila Mendes, who plays Veronica, told HL in an EXCLUSIVE interview at the time.

When it comes to Kevin Keller, Casey says his character has “made some pivotal self realizations during season five,” and is “carving his own path all of the sudden.”

“He’s relying less on other people and as we move forward, you’ll start to see Kevin make some really big life decisions — and I think that happens in your ’20s,” the actor explained. “Everyone wonders, ‘Who am I?’ So Kevin’s in the midst of that, but dealing with it in a very healthy way. And I think he’s got some big decisions to make.” Casey added, “We’ll see come season six for where he’s at and what he’s doing.”

The actor spoke to HollywoodLife just after returning from an epic road trip with his fiancé Nicola, in partnership with bp. Using the Price Match feature in the BPme App, when you use a bp gas station, they will price match within any gas station within a half mile and you earn up to five cents per gallon cash rewards going toward your next fill up. “We just had a blast. We started in Upstate New York, then we went all the way down through Georgia. We went through Nashville and Texas and kind of bopped our way all the way back here to Vancouver,” Casey detailed. “It really was the perfect partnership!“