Amid news of her collaboration with Lizzo, rapper Cardi B showed off her cleavage and joked about her bra size in a sexy new selfie.

A pregnant Cardi B showed off the girls in a new selfie on Monday, Aug. 9. The “WAP” rapper, 28, shared a snapshot of herself in a lacy bra and joked about her bra size on Twitter. Donned in a pink beanie with Stitch from the Disney animated film Lilo & Stitch, Cardi asked her followers, “What ya think my new bra size is?”

What ya think my new bra size is? pic.twitter.com/GJ2ftZQ86M

Breast growth is very much a thing amid pregnancy, and it looks like the rapper is taking it all in stride. Cardi is currently pregnant with baby no. 2 with husband Offset. Cardi announced the baby news at the BET Awards in June, when she emerged on stage with a baby bump in tow. The rapper announced the birth of her first child with the rapper, Kulture Kiari Cephus, 3, in a similar fashion: Cardi debuted baby bump no. 1 while on stage as musical guest for Saturday Night Live in 2018.

Post-reveal, Cardi shared maternity photos that also featured her husband and daughter. In the snapshot that featured Kulture, both mother and daughter rock the same ethereal flowy white ensemble as Kulture rests her hand on her mom’s stomach. The rapper reflected on the type of big sister little Kulture would be in the caption. “I just know these two will love each other soo much and argue soo much since they’re 3 years apart…just like me and Henny,” she wrote, referencing her sister Hennessy Carolina. “But one thing for sure is they’ll have each other’s back like no one else ever will.”

Cardi’s sexy new selfie comes after fellow artist Lizzo revealed that the “Bodak Yellow” rapper will join her on her new single “Rumors,” due out on Friday, Aug. 13. Lizzo announced the news on Monday in an Instagram video that teased the collaborator on a FaceTime call. The call on the “Juice” rapper’s iPhone read: “‘RUMORS’ Feat….” with Cardi answering in the same Stitch beanie.

Cardi also shared the news on her Instagram with art for the single. “all the rumors are truuuuue – me n my sis @lizzobeeating dropping this friday get ready,” she captioned the post. 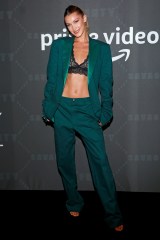 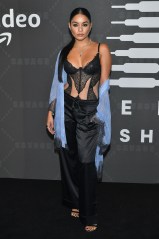 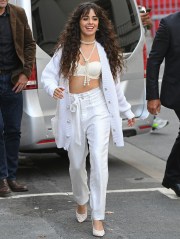