It’s hard growing up these days – especially when you reach an age when you’re not fully an adult, but everyone expects you to act like one. Such sentiment lies in the heart of “Fast Forward,” the latest song from multi-talented Jet Jurgensmeyer. The 16-year-old musician – who you might recognize from Last Man Standing and Ozark – released “Fast Forward” at the end of June, and today, HollywoodLife has the EXCLUSIVE premiere of an acoustic performance of the song. With a guitar in hand, Jet sings about the struggles with time, especially when it comes to love.

“You make me wanna first love / last love / put forever on your hand,” he sings. “I know I’m taking crazy / but baby / just try to understand / you got me wishin’ we were older / but Mister Time moves a little bit slower,” he sings. The stripped-down version really highlights how Jet is a rising talent in the country world, with honest and heartfelt lyrics that are bound to resonate with Gen Z listeners. 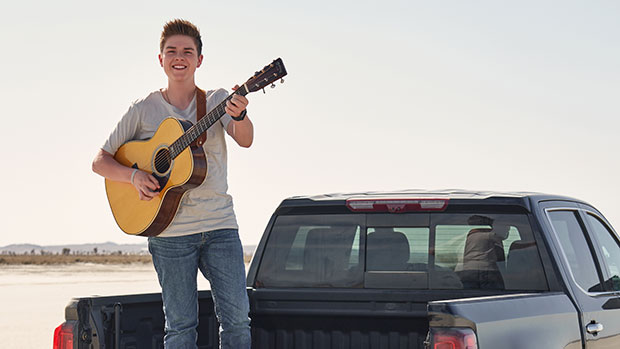 “When Bridgette [Tatum], Jessie G, and I sat down to write, we wanted to create something that people my age could relate to,” Jet shares with HollywoodLfie. “Every young person knows the feeling of being caught between being a kid and a young adult, so that’s how ‘Fast Forward’ came about.” The single marks the next stage of Jet’s career. He released his self-titled debut in 2019, which featured “Real World,” which he co-wrote with Sabrina Carpenter. In the two years since his debut album, Jet says he has been “writing quite a bit more.”

“In that time period, I feel like I’ve grown and learned so much more as a writer. Having people like Bridgette Tatum and Jessie G in my corner to write with really helps,” he tells HollywoodLife. Does that mean this prolific streak will result in a follow-up to Jet Jurgensmeyer? “I am constantly writing and working on something new. The next album is very close to being finished,” he adds, “and should be out a little later this year.” 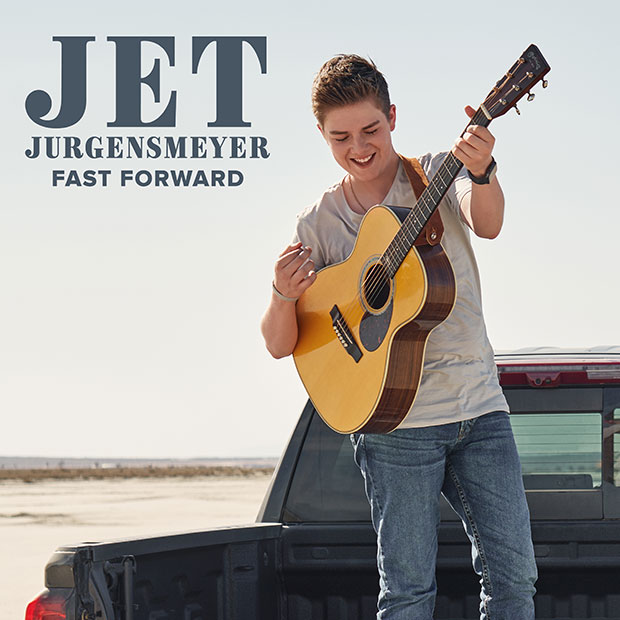 Though Jet comes to the table with a packed IMDB page – he’s appeared on Grey’s Anatomy, Hot In Cleveland, Will & Grace, Black-ish, and most notably, played Boyd on Last Man Standing – he’s always had a love for music in his heart. After putting out singles in 2018 and his debut in 2019, Jet has surrounded himself with some of the best songwriters that Nashville and Los Angeles have to offer. The first taste of this hard work was “Fast Forward,” and that’s what fans will wish they can do – fast forward until Jet drops his next single or gifts them with his new album.