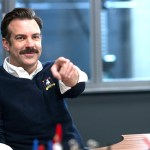 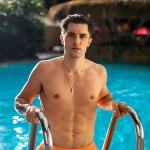 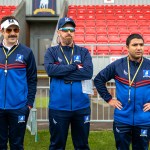 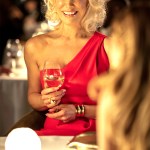 Jamie’s come home. HollywoodLife spoke EXCLUSIVELY with ‘Ted Lasso’s Phil Dunster about that Jamie twist at the end of episode 2 and how Jamie is going to try and make amends.

Jamie Tartt is turning the page on his Lust Conquers All chapter and starting a new one. In the final moments of the July 30 episode of Ted Lasso, Jamie shows back up on the Richmond field. He’s on the team again, and his former teammates — especially Sam — are not happy about it. HollywoodLife got EXCLUSIVE scoop from Phil Dunster about what’s next for Jamie.

“It’s a long journey for Jamie, a long Jamie journey you could say,” Jamie told HollywoodLife. “I think that he’s burned a lot of bridges and you see straightaway Sam Obisanya’s response, and it’s an understandable one. I think it’s pretty unthinkable to have someone who has caused so many interruptions and when you’ve got the team in such a good place. If it ain’t broke, why you trying to fix it? But I guess that some people, there’s some conversation that’s being had where people are saying maybe it is broke. It’s a long way back for Jamie and he’s got a long road ahead of him, but he’s armed with the ability to say sorry and take responsibility for his actions, so who knows? Maybe he’s learning how to be a better team player.”

Earlier in the episode, Sam admitted to Ted, “No teammate has ever made me feel as bad about myself as Jamie did.” At the time, Ted promised that Jamie wasn’t coming back to Richmond. Phil hinted that Jamie will be trying to make amends with the people he’s hurt. 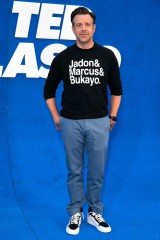 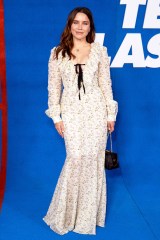 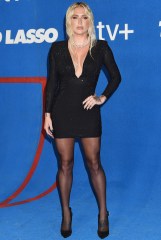 Now that Jamie is back at Richmond, this also means he’ll be working alongside Keeley, his ex. Phil revealed what their new dynamic is going to be like given the big change in Keeley’s life.

“You’ve got two people who I think Keeley’s probably a bit more professional than Jamie is, but I think, again, with Jamie he’s trying to learn to be better but also it’s the added difficulty that Keeley and Roy are together,” Phil told HollywoodLife. “It’s not just his ex that works at the club. It’s his ex who works at the club now and dates his nemesis, or certainly, frenemy is probably the nicer term.” New episodes of Ted Lasso season 2 drop Fridays on Apple TV+.