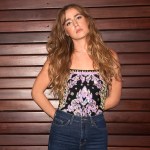 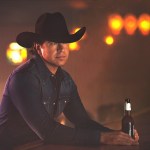 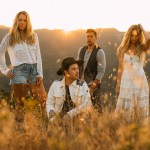 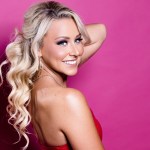 Five months after Morgan Wallen was caught using a racial slur, the country music star admits he was ‘wrong’ to use the word, and he underwent treatment to find out ‘why I’m acting this way.’

“I was around some of my friends, and we just … we say dumb stuff together,” said Morgan Wallen during the Friday episode of Good Morning America, referring to the video of him using a racial slur that was leaked in February. “And it was — in our minds, it’s playful…that sounds ignorant, but it — that’s really where it came from– and it’s wrong.” Morgan, 28, also said the footage was taken when he was on “hour 72 of a 72-hour bender” and that he checked himself into a rehab facility after the scandal. “For 30 days, I spent some time out in San Diego, California — you know, just tryin’ to figure it out, ‘why am I acting this way? Do I have an alcohol problem? Do I have a deeper issue?’”

.@ABC NEWS EXCLUSIVE: @MorganWallen reveals to @michaelstrahan he spent 30 days in rehab following the incident and he says he donated the money from his spike in album sales to Black organizations. https://t.co/PXMd3zA5En pic.twitter.com/BAZI4uFXXf

During the GMA interview, Morgan said that he did not say the slur “frequently” in the past, but when he previously did, it was used around a “certain group of friends” of his. He also said that he “didn’t mean it any, in any derogatory manner at all. “It’s one of my best friends — he was, we were all clearly drunk — I was asking his girlfriend to take care of him because he was drunk and he was leaving.” The singer said he was “not sure” what made him think he could use that slur and blamed it on his ignorance. “I think I was just ignorant about it,” he said. “I don’t think I sat down and was, like, ‘Hey, is this right or is this wrong?'”

Morgan quickly learned that it was definitely wrong after the footage leaked. The chart-topping singer was dropped by his record label and talent agency, deemed ineligible for many prestigious county music award shows, and his music was removed from multiple radio companies’ stations. Morgan issued an apology, but the damage was done. So, he attempted to make amends. He told GMA that while attempting to correct his wrongdoings, he spoke with many prominent figures and agencies — the Black Music Action Coalition (BMAC), record executive Kevin Liles, Universal Music Group’s chief inclusion officer and executive vice president Eric Hutcherson, and gospel singer BeBe Winans – to get a better perspective on why what he did was wrong.

However, sales of Morgan’s music quadrupled after the scandal, per Yahoo! Money, and he had to issue a statement telling his fans to stop defending him. “Before this incident, my album was already doing well,” he told GMA. “It was already being well-received by critics and by fans. Me and my team noticed that whenever this whole incident happened that there was a spike in my sales. So we tried to calculate what the number of — how much it actually spiked from this incident. We got to a number somewhere around $500,000, and we decided to donate that money to some organizations — BMAC being the first one.”

To those who claim Morgan is just trying to salvage his career and clean up his image – he understands that suspicion. “I understand that I’m not ever going to make everyone happy,” he says. “I can only come [and] tell my truth, and that’s all I know to do.”