In life, it’s easy to listen to your inner-saboteur and fall into despair. Thankfully, singer-songwriter Chase Bell is here to help you fly ‘free as a bird’ out of your sorrow with his new song.

“Nothing’s ever out of my reach / listening to my spirit gives me wings / to float through life like a breeze,” sings Chase Bell on “Follow.” In the new song, premiering here on HollywoodLife, the “Make Me Come Alive” singer delivers positivity and encouragement wrapped in an effervescent tune, courtesy of his acoustic guitar. “Follow” soars on Chase’s voice, who sings about how in a world of uncertainty, he’s not giving into self-doubt. “I don’t know where I’m going, but my hope got me along for the ride,” he croons, encouraging listeners to spread their wings and soar about all their troubles.

The song is a momentary reminder that you got this. “Being hard on yourself is easy to do,” Chase tells HollywoodLife. “I realized I was unpracticed at being nice and allowing myself to really enjoy life, so I wrote this song to remind myself and anyone else who is hard on themselves to ease it up a little, ya deserve it.”

Chase sings that “wherever I go / where my heart leads, I’ll follow,” a subtle nod to the name of his upcoming EP. Where My Heart Leads will arrive with nine tracks total — three in-studio products with six acoustic numbers. 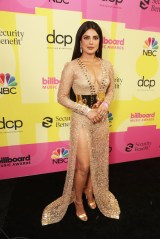 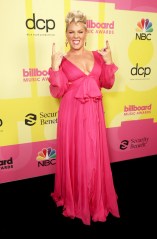 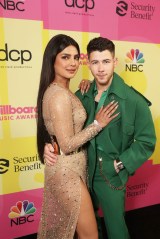 “There’s just something so immediate about the sound of a voice and an acoustic guitar,” Chase said in a press release accompanying the announcement of this new release. “And let’s face it – that’s the real test of a good song: Can you pick up a guitar and put it across? When I write and produce with other artists, whether they’re rock or hip-hop, I always try to bring an acoustic guitar with me. Somehow, it just cuts through like nothing else.”

Chase has been involved in music since he was a lad growing up in New Jersey. His mom sang cabaret in neighboring New York. His uncle taught Chase his first guitar chords. He soon discovered he had a knack for the six-strings and piano and dove head-first into performing – and songwriting. When he was old enough, he decided to skip cutting his teeth in New York and flew off to London, expanding his horizons both musically and literally. He learned at the feet of British jazz musicians, fell in love with an Italian woman, and developed the skills that would suit him when he finally made his way to Los Angeles.

After working behind the scenes as a producer and songwriter, Chase decided it was his time in the spotlight. His music found its way onto shows like Lucifer and Shameless. In 2019, he released Make Me Come Alive, as well as singles “She Wears Red,” “Spend The Weekend,” and “Get To Know You.” Now, everyone will get to know him when Where My Heart Leads arrives.