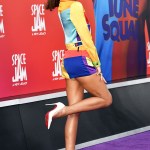 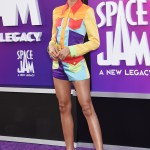 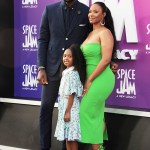 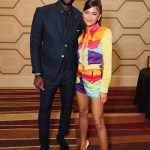 ‘Space Jam 2’ did make a ‘Michael Jordan’ cameo happen, but it’s not what you think. Here’s a breakdown of that appearance in the sequel. Spoilers ahead!

There is an appearance from a Michael Jordan in Space Jam: A New Legacy. That part is true, but there’s a Space Jam 2 spin on it. At halftime, the Tune Squad is down in the dumps because they’re losing against the Goon Squad. Sylvester thinks he’s coming in for the save by saying he found Michael Jordan in the audience.

LeBron James and the Tune Squad await the arrival of Michael Jordan. Emotions and expectations are high as a figure walks down the shadowy hallway. They all think it’s going to be the basketball legend. But it turns out to be Michael B. Jordan.

Michael Jordan -- Photos Of The Greatest Basketball Player In History 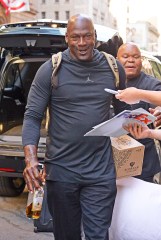 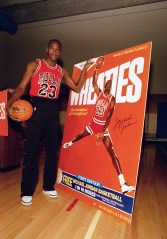 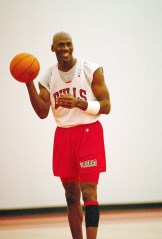 Elmer Fudd doesn’t let up either. “How could you think he was His Airness? They look nothing alike!” Elmer says to Sylvester. Sylvester’s defense is, “It’s been 25 years. I thought he aged gracefully. Michael B. makes an awkward exit and tells the Tune Squad that he believes in them.

Producer Sev Ohanian revealed how this hilarious cameo happened. “Look, if you’re gonna have a Michael Jordan in your movie, you’re gonna want Michael A. Jordan, right? The Jordan,” he told ET. “But if you have the opportunity to have this incredible joke that’s 25-plus years in the making, how could you not? It was the perfect, looniest addition to the film, and honestly, I just can’t wait to be in the theatre and watch audiences experience it live.”

The Michael Jordan starred in the original Space Jam that was released in 1996. The film became an instant classic and made over $250 million at the box office. Ohanian revealed that the Space Jam 2 team didn’t actually reach out to MJ about a cameo in the sequel. “I mean, M.J. has his own legacy with this film,” he said. “It’s always been nothing but love between him and this film.” Space Jam: A New Legacy is now in theaters and on HBO Max.