We think it’s safe to say that Dolly Parton likes to keep up with the Kardashians. She proved that with a witty comment she wrote on Kim’s new photo on July 16.

Kim Kardashian, 40, can honestly say Dolly Parton, 75, is a fan of hers. That was proven on July 16, when Kim took to Instagram to share a hot new bikini photo, and the singer commented.

Alongside a shot of the Keeping Up With the Kardashians star catching rays on the front end of a boat, Kim quoted the iconic singer in her caption when she wrote, “Don’t get too busy making a living that you forget to work on making a life- Dolly Parton. Friendly reminder to always take a little time for yourself”.

Cute, right? Well, Dolly seemed to think so, too, because she reacted with a comment of her own and said, “You’re doing great sweetie”, followed by a heart emoji. Fans immediately went wild and couldn’t believe Dolly was quoting Kim’s mom, Kris Jenner.

Anyone who’s been following Keeping Up With the Kardashians over the years, knows that Kris once famously egged her daughter on by saying, “You’re doing amazing, sweetie!” in a 2007 episode of the series. Obviously, Dolly didn’t get the quote exactly right word-for-word, but she must have watched the show at some point during its 20 seasons on the air.  Or she at least saw the meme that was created by Kris’ now famous saying. 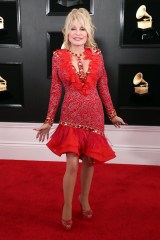 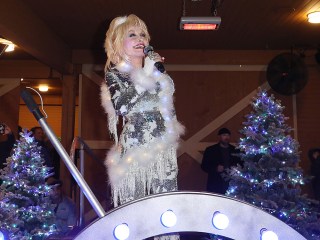 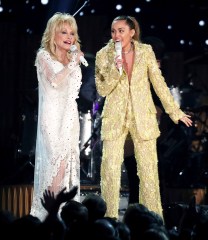 “So perfect!,” one commenter wrote in reaction to Dolly’s sentiment, while another said, “Genius!” One commenter even called Dolly “iconic”, which is true — she is. But overall, everyone that saw the comment seemed to feel the same way… that it was “LEGENDARY!!!!”