If it looks like DJ Five Venoms is really having a blast in the “Replay” music video, that’s because he is. “We shot the video probably about a month ago in Orlando,” he tells HollywoodLife during an EXCLUSIVE interview. After connecting with the track’s collaborators – “I had Cliff Savage fly in, and Moe already lives in Orlando, so we just set it up” – filming began at the Beacham nightclub, and from there, things got wild. In fact, they got wildlife, with one of DJ Five Venom’s pet snakes making a cameo at the start of the visual. “It was definitely a fun video to shoot. A lot of is real footage of us partying at the club and then in the studio and everything,” he shares during the chat.

“I just wanted to make it as real as possible for the actual belief. And then we just doubled down and filmed at the release party for the single. So it’s like me DJing and the crowd and bottles and having a good time,” he adds. As a take on The Hangover, “Replay” follows the adventures of DJ Five Venoms and Cliff searching for their lost friend, Moe. “So, I’m going through my phone, and we had pictures and videos from the club that night, and it just flashes back to us being in the club partying with everybody. Then we go to the studio and record ‘Replay.’” 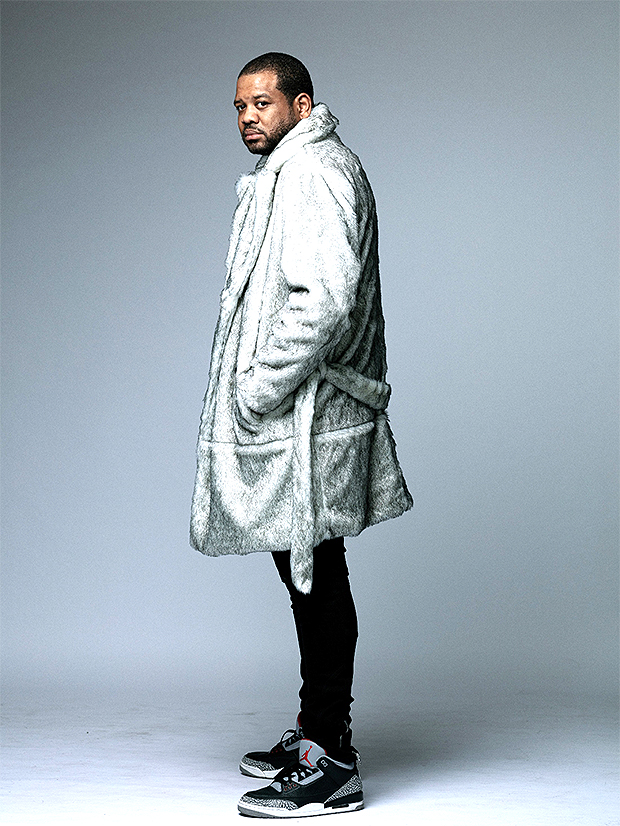 “Replay” is the perfect club banger for those hoping for a redo after 2020, capturing that under-the-skin urge, that energy, that’s been building up for the past 14-plus months. “I’ve been sending out custom drops to other DJs from across the country, and I’ve been getting really good reactions from them,” DJ Five Venom shares. “They’re like, ‘Oh, this is perfect for the summer. This is perfect for the club. I can’t wait to play it.’ But that energy of being in the club is definitely what we were trying to capitalize with that song. I’ve actually been holding onto that song for about a year now for that reason. Waiting for the clubs and everything to open back up.”

“The clubs around Miami are opening,” he adds. “New York, LA, Texas, so a lot of cities are back. I have friends going overseas now that are going back to DJing parties, festivals are definitely in full swing now. I think music is going to be a big part of us getting back to normal — new music and that type of energy.”

Expect to feel that energy at Rolling Loud. After a year away, due to the COVID-19 pandemic shutting down everything, the hip-hop festival comes back with a vengeance, with its Miami iteration kicking things off on July 23. The lineup for the three-day event, headlined by A$AP Rocky, Travis Scott , and Post Malone, is stacked. Megan Thee Stallion, Rick Ross, DaBaby, 21 Savage, City Girls, Roddy Ricch, Swae Lee, Lil Durk, Polo G, Rick Ross, Jack Harlow, T-Pain, and Flo Milli are literally just a few of the stars playing this event, which also boasts Bobby Smurda as a special guest.

“Definitely full energy, full cranked to the red,” Five Venoms says of Rolling Loud Miami. “We put the lineup together to create that. That’s always our goal with any of our festivals and our experiences to have that high energy. That’s what people come to Rolling Loud for. Me as a DJ, for my set, that’s my goal is to have all that energy coming out of the fan. That’s what they’re there. They’re there to jump up and down and scream. And so creating that through me DJing, playing music, and having them sing the words of the song to playing their favorite song as loud as possible is definitely the goal.”

Related: Alexis Warr: 5 Things To Know About The ‘So You Think You Can Dance’ Season 17 Finalist

Five Venoms will be DJing throughout the weekend, and he reassures HollywoodLife that there’s no “turntable rust” on him. “I mean, for me, it’s kind of jumping back on the bike. You know, I haven’t ridden a bike in a year or so, so you got to knock the dust off, and it should be back to normal. We’re hoping.”

Five Venoms also noted that this is going to be an interesting trial run, of sorts. “We’re, I believe, the first full capacity festival back in the United States, so we’re dealing with people not knowing exactly how everything’s going to run,” he says. “But we’ve been working with the city, and everything looks like it’s going to run pretty smooth. We’re just trying to create the best experience for the fans to come out and have a good time and enjoy [and] see their favorite artists.”

And who is Five Venoms looking forward to seeing once Rolling Loud lights up Miami? “I’m excited to see Lil Baby,” the DJ shares. “I think he’s one of the dopest artists out right now. Travis [Scott] always puts on a crazy show. If you haven’t seen any of his shows, that’s the one set that you have to see at Rolling Loud because he always does something amazing.

“Post Malone always throws a great set. Gunna, Young Thug, I mean, it’s just like you go down the list to like the newer guys like Spotemgottem that blew up during COVID and people necessarily haven’t seen. Rick Ross, he’s like a legend in Miami that always throws a great set and performs amazingly. So, you definitely have a mixture of artists from all over the country coming in to perform, but there’s going to be a lot of dope energy. There’s a little bit of everything for everybody other than hip-hop too.”

Rolling Loud may not just be the comeback of festivals in the COVID era – it might also be the launching pad for some young artists who are ready to take the turn in the spotlight. Festivals are known for making new stars, and today’s opener could be tomorrow’s headline. When asked which artist might be the breakout star at Rolling Loud Miami, Five Venoms named a handful of acts that have been percolating just out of the mainstream but are on the verge of becoming huge. 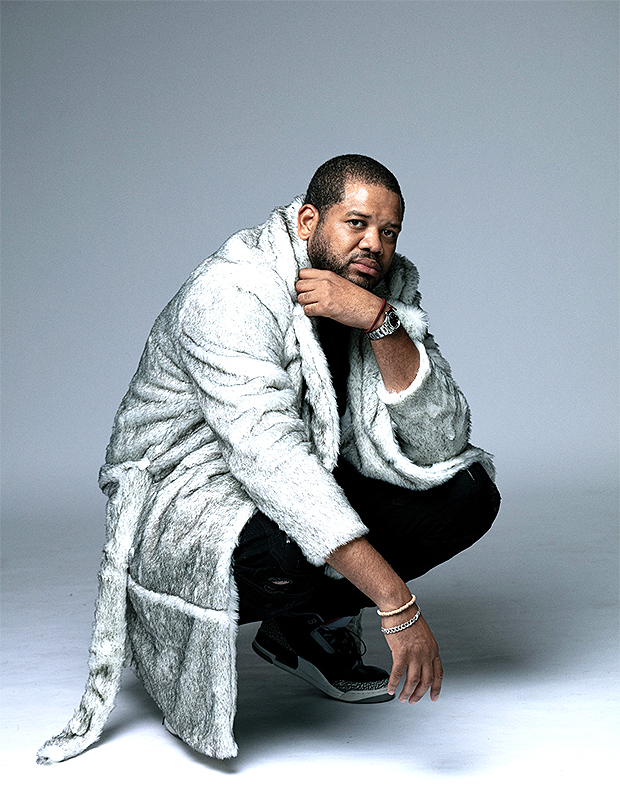 “Oh man– Duke Deuce is a guy that’s really buzzing right now. He’s coming up, he’s getting a lot of notoriety. Bfb Da Packman, he just dropped a project,” he says. “He’s getting a lot of notoriety. KenTheMan, she’s an amazing artist. I actually DJ’ed for her a few months ago when we did our Rolling Loud live stream on Twitch. But she’s an amazing artist, and her sets are going to be insane. Ah, who else? I missed so many. Fredo Bang, he’s amazing.”

“And there’s a lot,” continues the DJ. BigKayBeezy–There’s a lot of other guys… Like Rubi Rose and… There’s a lot of new artists that have never performed at Rolling Loud. A lot of these guys have in some fashion, if not at the Miami, at our New York or LA or Bay Area show. But it’s a lot of up-and-coming artists on the lineup that definitely I think, towards the next 12 months, are going to be household names by a certain point.”

Helping make DJ Five Venoms a “household name” – at least, to those who happen to walk through the heart of Manhattan – he recently had the distinct honor of having his own billboard, advertising “Replay,” in Times Square. “I was amazed,” he tells HollywoodLife. “A good friend of mine helped set that up for me. I wasn’t sure exactly where it would be because he was like, ‘Yeah, I got you. You got the billboards up on times square.’ And I’m like, ‘Cool.’ I’ve always seen that billboards, some of them are directly in the middle of it, some of them are off to the side in a corner somewhere. I didn’t really know. And when I got there, he said, ‘Oh yeah, it’s going to show up on this one right here.” It’s dead center, right in the middle of the intersection. I’m like, ‘Holy crap.’ There are just thousands of people.”

“My friends from New York are like, ‘Bro, we haven’t seen Times Square like this in a while either because COVID it was like a ghost town,’ they said. The energy was really good. There are guys driving dirt bikes down doing wheelies, and there are people everywhere taking pictures, shooting videos, tourists everywhere. So, the energy was really high out there, and next thing I know, my face is on the screen, and the ‘Replay’ artwork is up there.”

“It was definitely amazing,” adds DJ Five Venoms. “It was something that I’d never thought I would do. Just like in thinking of it, but I’m trying to get the most exposure as possible for this record and myself, and it seemed like a cool idea. So it was amazing. It was definitely a bucket list to tell guys, ‘Yeah, I’m at Times Square, boys.’ It’s crazy.”