Serena Williams has shared an adorable new snap with her mini-me daughter, Olympia Ohanian. In her July 9 Instagram post, the world champion tennis pro wore the same salmon-colored sweatshirt and sweatpants as her three-year-old little girl. Olympia’s sweater read, “I got it from my mama,” while Serena’s simply said, “Mama.” In the first pic, the pair posed with their hands on their hips, while another snap showed the duo pretending to ballet. Too cute!

“my two girls,” proud dad Alexis Ohanian commented, while a fan wrote, “Just so adorable both mommy and her little sweetheart princess.” The post comes just days after the seven-times singles champion had to pull out of Wimbledon due to injury. “I was heartbroken to have to withdraw today after injuring my right leg. My love and gratitude are with the fans and the team who make being on centre court so meaningful,” she said. “Feeling the extraordinary warmth and support of the crowd today when I walked on – and off – the court meant the world to me.”

Serena also revealed that she won’t be competing at the upcoming Tokyo Olympic Games. “I’m actually not on the Olympic list – not that I’m aware of. If so, then I shouldn’t be on it,” she said during a press conference at Wimbledon on June 27. “There’s a lot of reasons that I made my Olympic decision. I don’t feel like going into them today. Maybe another day. Sorry … I have not thought about it. In the past [the Olympics] has been a wonderful place for me. I really haven’t thought about it, so I’m going to keep not thinking about it.” 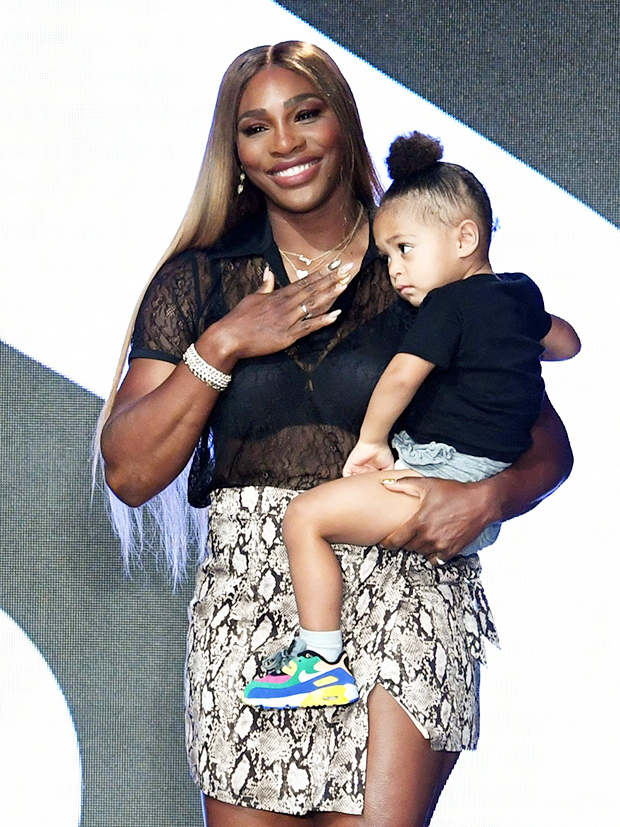 Away from the tennis, Serena has a busy home life with her husband and their adorable toddler. The trio recently enjoyed some downtime after the French Open, going for a dip in the crystal blue waters off the coast of the south of France. The couple were all smiles as they were seen jumping into the water.