The latest confrontation between JWoww and Angelina Pivarnick goes down on this week’s ‘Jersey Shore’, and we have an exclusive sneak peek!

Even though Jenni “JWoww” Farley and Angelina Pivarnick made up from their wedding speech fight on this season of Jersey Shore, the ladies have now found themselves at the center of some new drama. Amidst Angelina’s marriage troubles with Chris Larangeira, rumors began surfacing that she had been having an affair with a man in Old Bridge, New Jersey. JWoww obtained security footage of Angelina at the mystery man’s house, and Angelina confronts her about it on the show’s July 8 episode. HollywoodLife has an EXCLUSIVE preview of the showdown.

“You really have that much time on your hands [to find these videos]?” Angelina asks JWoww. “I don’t understand this.” In a confessional, she adds, “I don’t know why Jenni is so involved in my marriage. I remember it like it was yesterday, where I had to walk on eggshells about Jenni’s divorce [from Roger Mathews]. She didn’t have to explain her f***ing love life to anybody and now she’s trying to sabotage my marriage? I don’t understand. How is this fair?”

JWoww decides to calmly explain what happened from the beginning, and tells Angelina exactly how the videos came to light. It all started with Mike “The Situation” Sorrentino’s sister-in-law getting her hair done and hearing about the situation from an employee at the salon. “At the time, it was all hearsay,” JWoww explains. “So, that’s when I went to your house [and asked if something was happening with a guy in Old Bridge].” 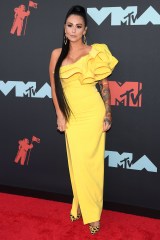 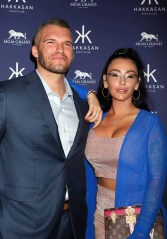 The conversation at Angelina’s house happened earlier this season. At the time, Angelina got defensive and demanded to see the videos herself. “After how badly you reacted, I was like, ‘Oh s***, maybe I should really get these videos to make sure it’s not something that’s going to hurt Angelina,'” Jenni continues. “So Mike gave me the number. We were all together, nobody would call, so I called. I literally said to her, ‘Give me them.’ And then she just send one.”

JWoww clarifies that she never had the video in her possession until the past week, which is when she sent them to Mike (who then sent them to everyone else). Although Angelina seems to lighten up at the end of the clip, there’s clearly still some anger there. “From now on, if you guys get anything, don’t circulate it amongst each other,” she says. “Give it to me.” Amidst all the drama, Angelina and Chris have been working on their relationship, as well.

We’ll have to see how the rest of this plays out on the next episode of Jersey Shore! The show airs on Thursdays at 8:00 p.m. on MTV.