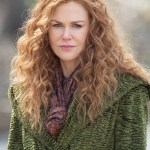 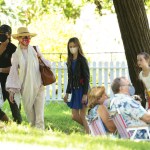 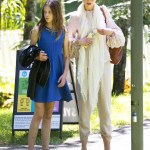 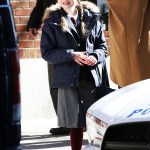 Connor and Isabella Cruise were cheering on their favorite hockey and soccer teams in the Stanley Cup and UEFA Euro Championship in both selfies.

Tom Cruise, 59, and Nicole Kidman’s, 54, son Connor, 26, and daughter Isabella, 28, both posted rare selfies on their Instagram stories on Wednesday July 7. Both of the actors’ children are usually very private, but they both posted the photos as they cheered on for different sporting events (soccer and hockey). Neither of the Cruise children were let down as both of their teams won!

Connor posted a bunch of photos and videos as he sat rink-side for the Stanley Cup Finals, where the Tampa Bay Lightning took on the Montreal Canadians. Connor was clearly very excited to watch the Bolts with his friend Aden Darmody, who he was sitting next to in the selfie. He grinned alongside his friend, as he wore an electric blue Lightning jacket. “Nothing better than Stanley Cup Final hockey with family. Go Bolts,” he wrote along with the picture. He took plenty of videos of cheering fans once Tampa took home the Stanley Cup with a 1-0 victory. SEE THE PHOTO HERE.

While Connor sat down by the ice, it looked like Isabella was enjoying the UEFA Euro Championships from the comfort of her bed. She looked like she was lying down in her black and white selfie. She zoomed in as she squinted at the camera to show she was anxious about the overtime in the England versus Denmark game. “My face during extra time. Fingers crossed,” she wrote, with an English flag emoji next to it. Fortunately for her, England defeated Denmark with a 2-1 score. SEE THE PHOTO HERE. 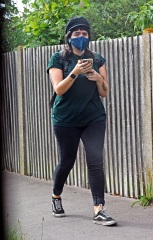 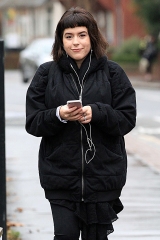 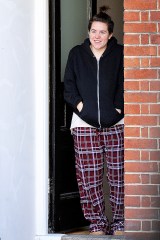 It’s incredibly rare for either of the Cruise children to post a selfie, let alone both posting them on the same night. Connor caused a stir on June 8, when he posted a picture of his brand new haircut in an Instagram story. An avid fisherman, most of Connor’s Instagram posts are out on boats, showing off whatever his latest catch is. He also has a knack for grilling and runs a separate Instagram account to show off all the different meats that he cooks. While her brother cooks and fishes, Isabella is an artist. She usually uses her Instagram to share artistic renderings of celebrities like Lizzo or Jessica Torres.