Summer is officially here. The temperatures are in the 90s (and above). The sun is shining. It’s the time for short shorts, cool drinks, and hot nights. It’s also the season for summer fairs, summer vacations, and summer flings – meaning, it’s the perfect moment for MJ Songstress to take you on a ride with a remix of her song, “Carousel.” Months after the original dropped, MJ decided the track deserved another spin – and helping her on this time around are none other than Naughty By Nature. The group – Treach, Vin Rock, and DJ Kay Gee – join on the remix to give the track some extra thump.

“Creating ‘Carousel’ was all about having fun, letting go & feeling good,” MJ shares with HollywoodLife. “Music is a healing release for me and for so many people worldwide, especially during such an unprecedented time. As a creator and an artist, it’s important for me to contribute through music in hopes to create a fun and a ‘feel good’ experience.” It’s hard not to feel good after listening to MJ Songstress’s new remix. The remix, produced by Ty Jamz, immediately conjures up colored lights and carnivals, of fried food and Ferris wheels. A summer vibe is at the heart of the song, making it a perfect addition to this season’s soundtrack. 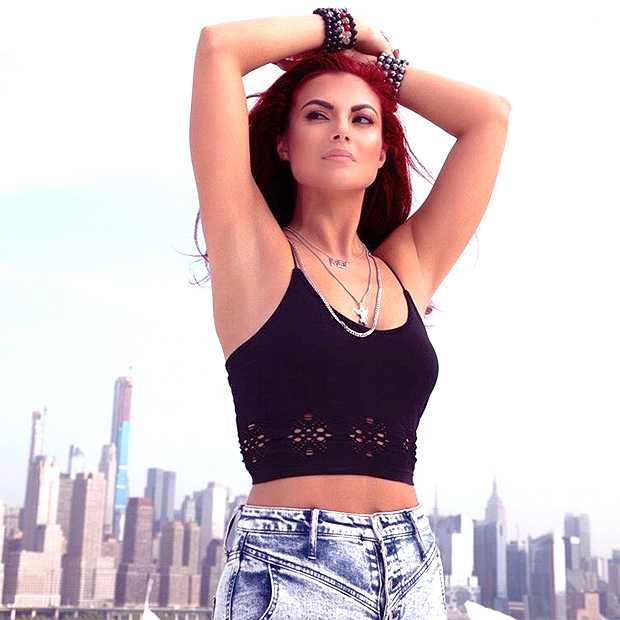 So, how did Naughty By Nature get involved in a song by a dance-pop diva? “As a musicophile, I’ve always had an extreme connection and attraction to hip-hop,” MJ tells HollywoodLife. “When reminiscing about the history, the culture, and the essence of hip-hop, Naughty By Nature always comes to mind. ‘Hip Hop Hooray’ is my ‘feel good’ anthem, and their contribution to hip hop and culture has created ripple effects in music — period. To have the opportunity to collaborate with them on ‘Carousel’ is not only a no-brainer. It’s an epic ‘Ol’Skool/New Skool’ fusion that has me screaming with joy.”

“Naughty By Nature will forever stand the test of time and how lucky for me to have them a part of my musical journey and my ‘HerStory!’” adds MJ. “This ‘Carousel’ remix collab for me is one for the books and an opportunity to Feel Good again. My hope is for the world to feel the same.”

This “Carousel” version is just one of four remixes being released as part of an EP – so there will be a “Carousel” for whatever carnival you feel like attending. Need something to listen to on your way to EDC this year? Put on the house remix by David Anthony (who also produced the Trap remix.) Feel more low-key? LOFT 93 has your back with the DUB remix. Everybody gets a ride on this carousel.