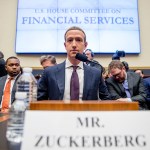 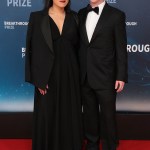 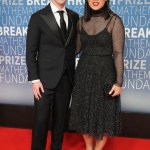 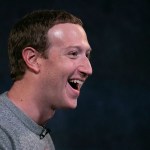 Mark Zuckerberg has showcased some of his more bizarre skills in a new video, which showed him throwing spears while wearing ear protectors.

Social media users have a lot of questions about Mark Zuckerberg‘s latest video. The Facebook founder took to the platform on June 9 to share a slow-motion clip of himself throwing spears while wearing ear protectors. Mark captioned the video, “I have a very particular set of skills,” however many were quick to jeer at his ear muffs, which seemed vastly unnecessary given that the activity that doesn’t emit much sound.

The former Harvard University student added, “A trail I wanted to hike is out of hiking permits, but has plenty of hunting permits available. That’s basically saying: look, you can’t walk here unless you also bring a bow and arrow. So I guess we’re doing this.” In the video, he wore black shorts, a blue tee and large ear muffs while throwing the spear at a target, missing the bullseye slightly.

He then turned to face the camera, flashing a large grin. The father-of-two also shared a video of himself firing a bow and arrow at a line of bowling pins. “If I were an Avenger, pretty sure I’d be Hawkeye,” he wrote. “Seriously though, Hawkeye needs his own movie,’ Zuckerberg later commented on his own video.” In response, one Twitter user wrote, “Anyone have Mark Zuckerberg throwing spears on their 2021 bingo card?” while another joked, “Nice throw but he looked about 5 feet away from the target. #justsayin.”

The videos were shared the same week as tech company Apple’s annual conference, in which the battle between Mark, and Apple CEO Tim Cook escalated. On June 7, the Instagram boss put Apple on blast, saying, “To help more creators make a living on our platforms, we’re going to keep paid online events, fan subscriptions, badges, and our upcoming independent news products free for creators until 2023. And when we do introduce a revenue share, it will be less than the 30% that Apple and others take.”