While Rebecca Black’s previous video invoked Mary Harron’s American Psycho, the vibe in “Worth It For The Feeling” dances along the border between David Cronenberg’s Videodrome and David Lynch’s Blue Velvet. Rebecca, clad in red like the physical avatar of desire, sings a song about being caught in a vicious circle of love. “Here we go again / Last time it took us down to the bitter end,” she sings. “I might need some more healing / But it’s worth it for the feeling.” A high-stakes poker game plays out through the video, with Rebecca seemingly both the players and the prize.

“Worth It For The Feeling” sees Rebecca take a more traditional pop vocal path, compared to the hyperpop flourishes on her other singles. It showcases the strength of her voice and lyricism, allowing her to showcase the depth of this stage of her career. “It’s been important to me to create as much of a distinct world/era for each single on my upcoming project as I can,” Rebecca shares with the release of this new song. “This year has really been a reintroduction of not only where I’m at in my music but really everything surrounding that to create a full picture. It’s so fun for me to play sexy in a more unconventional and unusual way – and I want to keep challenging myself to disrupt the idea that people might have of the direction I am going in next.”

Rebecca also shared praise for Weston Allen, who directed both “Worth It For The Feeling” and the American Psycho-inspired video for “Personal,” her electric breakup anthem. “In every project we have approached together thus far,” says Black, “Weston Allen seems to always be challenging that in the same way which makes working together that much more exciting to me.” 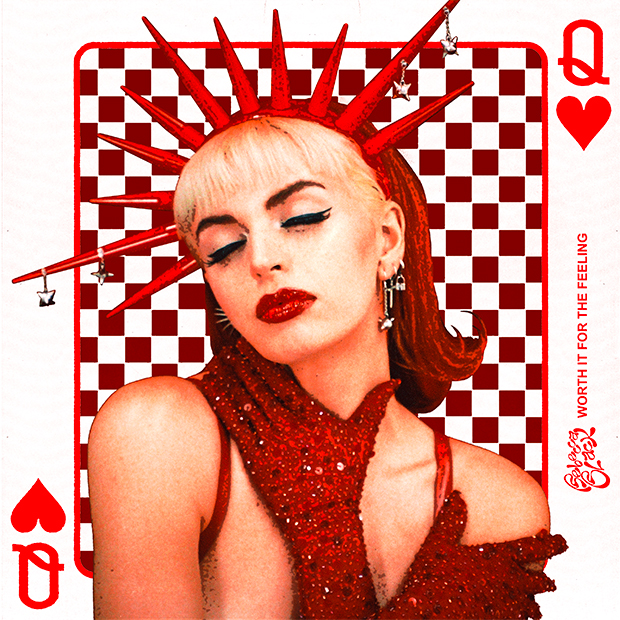 The love is mutual. “Rebecca Black is one of the greatest 21st-century American folk heroes,” says Allen, along with the new video/song’s release. “When I pitched her this video and asked to imprison her in a deck of cards, at a seedy backroom poker game, played with by living-love-dolls, she was very supportive. I’m also very grateful for #sizetwitter and their fantastic Rebecca Black edits giving me inspiration to the video’s themes of power and possession.”

The video arrived along with the announcement of Rebecca Black Was Here, a highly-anticipated project from Ms. Black, due on June 16. With a clever title about who she was, the project will help define who she is. A decade after Rebecca became synonymous with meme culture – for better or worse – she now stands triumphant. Hailing from an era when “trolling” was called “flaming,” Rebecca has endured the heat and the pressure to emerged as a multifaceted diamond, a creative force that seems neigh indestructible. The world will know who exactly she is when Rebecca Black Was Here arrives in a few weeks.