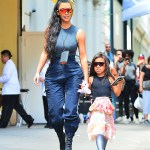 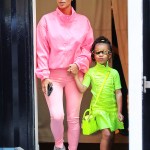 Kim Kardashian chatted with Scott Disick in a new preview for ‘KUWTK,’ where she revealed her hesitancy to ‘explain’ to her four kids her marriage to former husband Kris Humphries!

Kim Kardashian and Scott Disick‘s lives have played out in front of the camera thanks to more than a decade of Keeping Up With The Kardashians. But when it comes to the respective parents letting their youngsters watch the show some day, they did have their concerns. “I’m just thinking, like, they’re gonna watch it at some point. Because it’s like, our life,” the Talentless founder, 37, observed of his three kids – Mason, 11, Penelope, 8, and Reign, 6 – watching their dad and mom, Kourtney Kardashian, throughout their relationship on the show.

“At what point do we sit them down and say, like, ‘you’re allowed to either go through these seasons and see what mom and dad did all these years,'” Scott said. But the SKIMS mogul, 40 was noticeably uncomfortable with the idea of her four children with ex Kanye West – North, 8, Saint, 5, Chicago, 3, and Psalm, 1 – watching one pivotal moment in her life. “I don’t really want to explain, like, who Kris Humphries is,” Kim said.

“But that is your life; that is your past,” Scott pointed out. “At some point, they’re gonna be interested in seeing everything.” Kim confessed that she would much rather watch the series with her kids, however, she admitted that she’s “just not ready for the kids to see it yet.” During their confessional, Kim explained in greater detail why she’s so “hesitant” for her four little ones to watch the show.

“I’m really hesitant, I think, just because, I’m going to have to explain a lot,” Kim said through a bit of uncomfortable laughter. Fortunately, Scott assured Kim that he was “the only person who did bad sh*t on the show,” to which Kim agreed. “You don’t have nothing to worry about,” the father-of-three promised Kim.

Fans will remember that Kim and Kris were married for just 72 days in 2011 before splitting up, after their huge wedding was televised on a special episode of KUWTK. While it will be an adjustment to explain parts of her life to her youngsters, Kim couldn’t help but reflect on how “the kids were such a big part of the show.” Scott aptly observed, however, “if we were born with cameras around, we wouldn’t know the difference either.”

New episodes of the final season of “Keeping Up With the Kardashians” air Thursdays at 8:00pm ET/PT on E!.