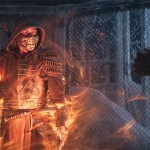 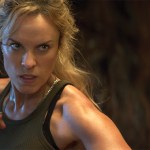 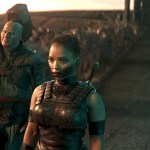 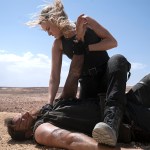 The ‘Mortal Kombat’ movie is out now, and HollywoodLife spoke EXCLUSIVELY with star Jessica McNamee about a sequel, becoming Sonya Blade, and embracing the hardcore training for the film.

Jessica McNamee stars as the iconic Sonya Blade in Mortal Kombat, which is in theaters and on HBO Max now. Gaming fans will know that Mortal Kombat has a massive universe, so there’s more than enough content for a sequel. HollywoodLife got the chance to speak EXCLUSIVELY with Jessica about the possibility of a sequel to the 2021 film.

“Absolutely. There’s a cool Easter egg at the end that I think people will get a real buzz about, so keep your eyes peeled for that. That’s definitely the plan and the dream. It would be great if we got to delve into that further and get to explore these characters even further as well,” Jessica told HollywoodLife.

When she got the role of Sonya Blade, she had to “educate” herself on all things Mortal Kombat. From reading up on the franchise to training, Jessica took her role very seriously. “I don’t know if you can ever really know all about that whole universe, but I kind of started educating myself,” Jessica continued. “I just had a ton of reading. I started watching YouTube videos of people playing the game so that I could get familiar with the characters and their signature moves and the fatalities. For my personal character, I had a whole bunch of people on my team who were helping me out. I went and did some movement coaching so I could kind of get that stance and the posture that I needed to play someone that was ex-army. I learned how to shoot a gun, I spent time with a martial arts teacher. He taught me for months all the different kinds of knife moves and fight moves that I needed. And then I had an amazing stunt team and an amazing personal trainer, so it was like a whole bunch of people that were all came together to really help me kind of perform to my best.”

Jessica particularly enjoyed the physical training she had to take part in to play Sonya Blade. “I got such a buzz out of being able to throw myself into this role physically,” the actress admitted. “I think it’s such a shame as adults we don’t get the opportunity to learn new skills I don’t think as much as when we were kids. The fact that I got paid to learn these really great new fight skills, martial arts skills, and also kind of gave me the option to do as much as I wanted to do as well. So I was like, I’m going to do as much as I can. It was really great. There are about three or four big stunts where I’m actually on a wire, and I’m getting thrown around, catching knives in mid-air, and stuff like that. That wasn’t initially part of the agenda. But I was like, I really I’m here and I’m eager. I wanted to learn as much as I can.”

The role of Sonya Blade was the role of a lifetime, and Jessica will be the first to tell you that. “For me, to be able to play such a strong female character was a dream come true,” Jessica told HollywoodLife. “They are very few and far between… these kinds of roles. The fact that I was presented the opportunity to play her was just mind-blowing to me. I think I’ve always wanted to be in this action world, and then just to be able to say that I played a superhero, if you will, a badass, kickass woman was just really exciting.”