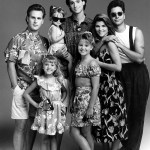 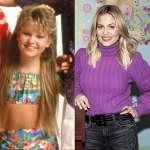 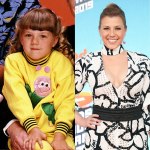 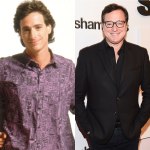 Candace Cameron Bure got personal on past co-star, Bob Saget’s, podcast, and asked her former TV dad if he ever thought her ‘happy, positive’ demeanor meant that she was fake!

Candace Cameron Bure brought in major reinforcements from a former co-star to address fan rumors that her personality isn’t as sincere as it seems. The Hallmark Channel star, 45, chatted with her former TV dad, Bob Saget, on the April 12 episode of the comedian’s podcast Bob Saget’s Here For You, and things quickly got personal. “I’m going to ask you to talk about me for a second,” Candace sweetly said to her previous co-star, 64.

“For those people that think that because I am a happy, positive person, that I must be a fake person, would you say that that’s true or false?” Candace pressed her fellow Full House alum. But the actor didn’t even hesitate with his answer. “You’re the opposite of fake,” Bob told Candace. “And I’m sorry — you’re perky sometimes. What’s wrong with being perky?”

With such a perfect set-up, Candace hilariously quipped back at Bob, “I just hope the girls stay perky for the rest of their lives,” she said, making a not-so-subtle reference to a certain part of her body. After the two broke out in stitches of laughter, Bob got sentimental about his longtime TV daughter. “It’s hard — life can beat people down,” he shared. “Also, you’re very fortunate. You’ve had a lot of things happen, but you also work really hard,” he said, definitely channeling that TV dad energy. Candace was so grateful for Bob’s words, but also shed a bit of light on what prompted the question.  “I only ask that because sometimes you read comments, and most of them, they roll off my back. But when people are annoyed at me that I’m such a happy person…I was like, let someone speak into this that’s known me since I was nine years old,” she said. Bob and Candace have known each for years, having worked together over the course of a number of decades dating back to the first season of Full House in 1987, and reuniting on the set of Fuller House in 2016! If anyone knows Candace well, it would definitely be her former TV dad. “You’re a positive person. So if you’re perky, it’s because you’re excited, and/or you’ve had a lot of caffeine. Thats what people should know; there’s nothing fake about you.” Candace couldn’t have appreciated the compliment more! “You’re like speaking my love language right now just hearing you say that,” she told Bob.