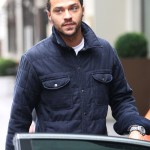 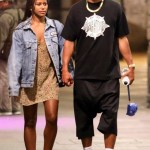 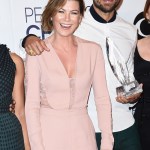 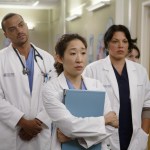 Jesse Williams and Aryn Drake-Lee’s custody drama rages on. Now, the ‘Grey’s Anatomy’ star reportedly has to enroll in a conflict-management course with his ex-wife.

Even though Jesse Williams and Aryn Drake-Lee reportedly finalized their divorce in October 2020, it hasn’t been smooth sailing for these former lovers. Jesse, 39, and Aryn, 39, are supposedly still struggling with custody issues regarding their two kids – son Maceo, 5, and seven-year-old daughter Sadie – and now, TMZ claims that they’ve obtained court documents that state the Grey’s Anatomy star must undergo an online program for “high conflict parents.” The 6-session program helps parents work on “strategies for reducing conflicts in co-parenting relationships.”

Supposedly, this court order came down after Jessie “tried and failed” to modify a pre-existing court order regarding custody and visitation rights, according to TMZ. Jesse and Aryn have been sharing joint legal and physical custody, as per the details of their finalized divorce, according to TMZ. This seemed like an amicable end to a custody battle that got quite nasty at one point. The two reportedly went back and forth in the courts, with Jessie reportedly claiming that Aryn, at first, wouldn’t allow him to see their kids for more than 3 hours a day. When the couple settled their split in October, it seemed like they finally reached a compromise.

Jesse and Aryn split in 2017 after five years of marriage. Shortly after the split, Jesse had to battle cheating allegations and reports that he was dating Minka Kelly. Supposedly, Jesse’s love life was a factor in the split and custody agreements. Aryn reportedly filed documents that claimed that Jesse had already exposed their kids to a “revolving door” of women. Months later, the two reportedly reached a custody arrangement that included a clause that claimed they couldn’t “introduce a person with whom he or she has a romantic relationship to the children until the relationship has endured at least six months.”

Since the breakup, Jesse has been romantically linked to sports anchor Taylor Rooks and actress Taylour Paige. In August 2020, Jesse debuted not just a wild hair makeover, but he also revealed that he had a new, massive back tattoo. Roulette,” he captioned the now-deleted image of angel wings inked across his shoulder blades.