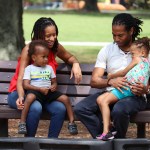 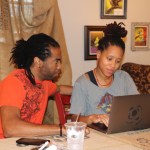 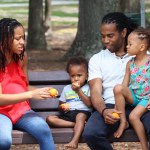 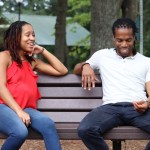 Polygamists Sidian and Tosha approach a bartender in hopes of sparking a connection in this EXCLUSIVE preview of ‘Seeking Sister Wife.’

“I think that alternative relationships have really come a long way in the public eye, but at the same time, I still get a little bit nervous when I have to drop the bomb about being a polygamist,” Sidian says in this EXCLUSIVE preview of the April 5 episode of Seeking Sister Wife. “I’ve kind of learned to have fun with it, too.”

Sidian and Tosha introduce themselves to Faith, who is a bartender. When they tell her that they’re polygamists, Faith’s jaw drops. “I love how open you are about it,” Sidian and Tosha say about their lifestyle. When it comes to how she feels about polygamy, she reveals, “I think if it works for some people, that’s really awesome. I know some people might have weird stigmas to it, but…”

Sidian and Tosha decide to take a chance and ask Faith out. After she thinks about it for a moment, Faith tells them, “That sounds fine.” Sidian and Tosha are so excited. Faith gives them her number.

Later, the producer asks Faith about what she thinks of Sidian and Tosha. “I like how open they are about life and willing to share,” Fairy says. “Polygamy’s not necessarily for everybody. I always try to keep an open mind about everything anyways, so it was kind of fun to be open with the idea.”

The synopsis for the episode reads: “In Idaho, the Joneses are out on the town! Preferring to meet new potential sister wives in person instead of online, Tosha and Sidian keep their radar up as they enjoy a drink at their favorite bar. When a pretty bartender named Faith catches Sidian’s eye, he and Tosha agree they should talk to her. The Joneses are open about their polygamous lifestyle, but internally they battle the fear of rejection and disdain. After getting Faith’s attention, Tosha and Sidian get to know her before revealing that they are polygamous. Faith is taken aback at first but expresses curiosity and appreciation for their honesty. Tosha and Sidan ask her out, and Faith gives them her number. The Joneses are excited!” Seeking Sister Wife airs Mondays at 8 p.m. on TLC.