Kourtney Kardashian, 41, was joined by her mini-me son Reign, 6, on her latest date night with Travis Barker. The trio returned to California after their recent getaway to Aspen, Colorado and were spotted heading to dinner at celebrity hotspot Nobu Malibu on March 25. The Blink 182 drummer, 45, cut a casual figure in a graphic tee, black jeans and a black jacket, along with a black protective face mask and a backwards baseball cap. Meanwhile, Kourtney opted for a pair of brown leather pants and a long, leather trench coat with a white tee and snakeskin-print ‘pumps. 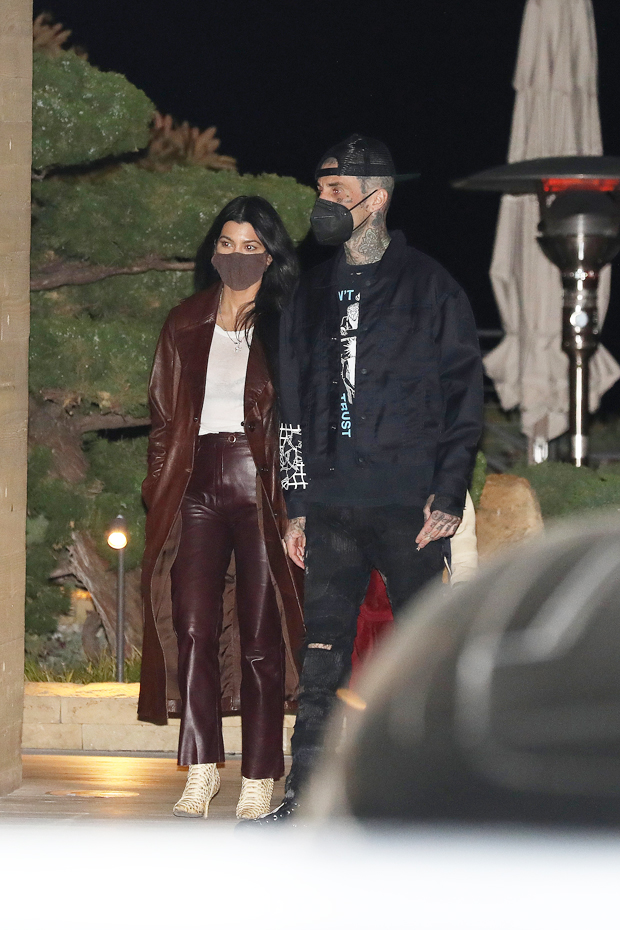 In one snap, the raven-haired beauty could be seen holding the hand of her her youngest child Reign, who looked equally cool in red, velour tracksuit and a varsity jacket. It came just one day after Kourt revealed she took her “good little ski bunnies” — Mason, 11, Penelope, 8, and Reign — to Aspen for a post-winter getaway. The Poosh founder and her brood shredded the slopes in popular ski resort town, and obviously rocked very fashionable fits. Kourtney and Penelope totally twinned in puffy pink snowsuits — Kourtney rocked Prada, while Penelope wore Moncler.

Meanwhile, Mason looked very cool as per usual in a yellow Adidas ski jacket and bright purple snow pants. Her youngest son Reign looked luxe in a fashion-forward fur-trimmed snow jacket, as he sported his recently shaved head. On Kourt’s IG story, the lifestyle guru was seen expertly gliding down a mountain slope on her skis — who said the Kardashians have no talent! 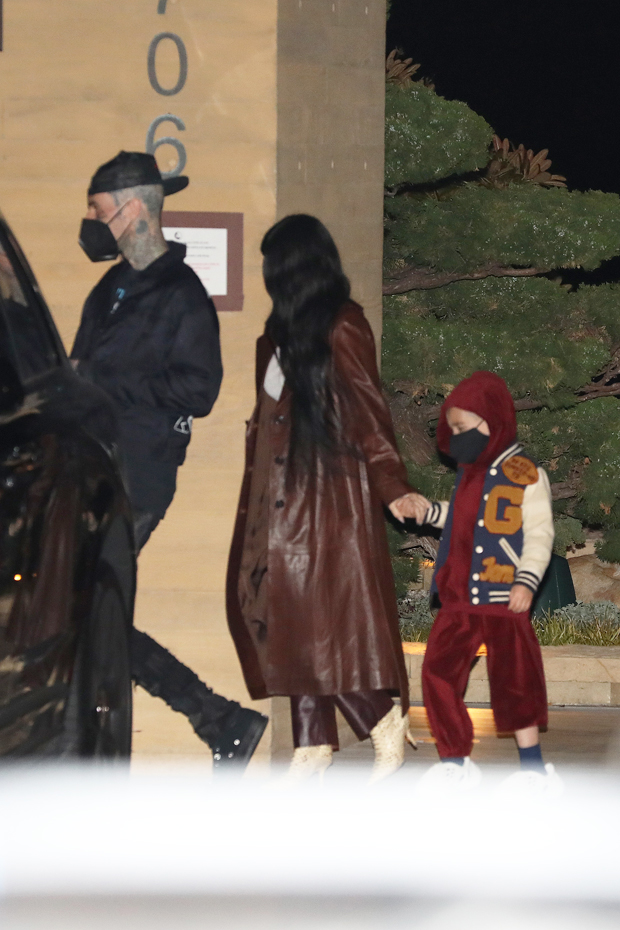 Noticeably absent from the snaps was Kourtney’s ex and the father of her three kids, Scott Disick, who didn’t attend the snowy vacation. He was last seen out and about with his new girlfriend, 19-year-old model Amelia Hamlin, while running errands in West Hollywood on March 23. Kourtney’s new flame Travis also wasn’t on the trip, but he did take to social media that day to debut some new ink. He shared a snap of his latest tattoo, that read “You’re so cool,” a prominent line from the romantic crime film, True Romance. Fans looked at the tatt and thought that it was Kourtney’s handwriting that created it.