With twelve months gone – and a year’s worth of concerts, parties, first dates, late-night hangs, afternoon cookouts, and such taken with it – is anyone ever going to hit “maybe” on an event invite again? Or, will they continue to live every moment as if it’s the “Last Day On Earth?” For beabadoobee, the lingering regret of not doing more before lockdown and her nostalgia over all those missed opportunities has been channeled into her new song. “Last Day On Earth,” continuing the alt-rock rejuvenation so deftly crafted on her debut album, sees bea paint an apocalyptic tableau in dreamy colors, resulting in a postcard memorial for that which was lost when this pandemic started.

“The world’s about to end / so I guess if we were nice / we’d be better off innit / I haven’t got a plan / so I think I’m gonna wing it / naked alone with this song I wrote / and it goes like this,” she sings in her signature ethereal vocals, before launching into a chorus that’s one part Suzanne Vega, one part “Walk On The Wild Side.” Pure charm from start to finish, “Last Day On Earth” marks not just new music from bea, but it’s also the first shared product of her working alongside Matty Healy and George Daniel of The 1975.

” ‘Last Day On Earth’ is about all the things I would have done had I known we were going into a lockdown and the world was going to change the way it has,” says beabadoobee in a press release accompanying the song. “It was written shortly after the first main lockdown, and lyrically it’s me reflecting on how it would feel if we all knew ahead of time what was going to happen. All the things I would have done if I knew it was the last day of our old normality.”

Many may know bea’s voice without really knowing it. Her song “Coffee,” released in 2017, was sampled by Powfu in 2019 for “Death Bed (Coffee For Your Head).” The song was a sleeper hit on TikTok, leading millions to seek out her critically-acclaimed EPs, Space Cadet, and Loveworm. In late 2020, she released her debut studio album, Fake It Flowers. Called “ true evolution, a record that’s stronger and fuller than beabadoobee’s earlier EPs” by Consequence Of Sound, Fake It Flowers was heralded as “an unveiling of true rising talent.” The album spawned a handful of singles, most notably “Care,” which she performed on Jimmy Kimmel Live! in November. 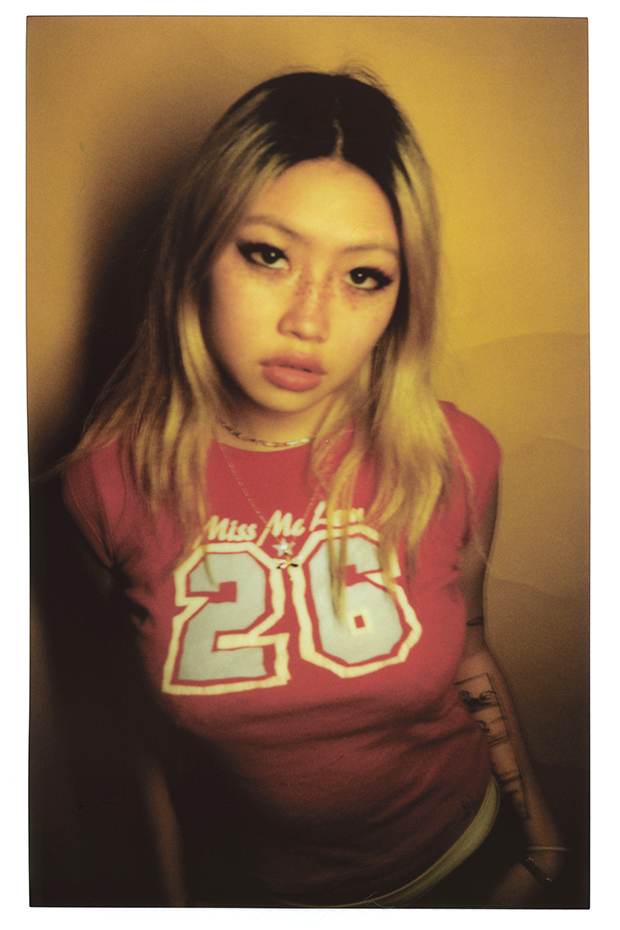 Much like the narrator in “Last Day On Earth,” bea is not letting the grass grow under her feet. The song is the first cut from Our Extended Play, a new EP boasting “a diverse collection of new songs.” The project, on Dirty Hit, is expected to arrive this spring. When it does, please don’t put off listening to it. After all, who needs any more regrets over what we could have done?

“Last Day On Earth” is out now.