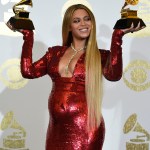 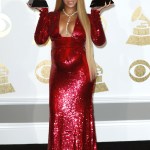 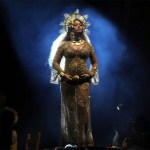 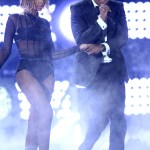 Beyonce was reportedly on the list of the desired performances at the 2021 Grammy Awards and the Recording Academy calls her absence ‘unfortunate.’

Beyonce, 39, was very much on the list of performer for this year’s Grammy Awards but it turns out she reportedly wasn’t interested in taking the stage. The singer rejected an offer to perform at the popular music event, according to the Los Angeles Times. “It’s unfortunate because she’s such a big part of the Recording Academy,” said Recording Academy Interim Chief Executive Harvey Mason. “We absolutely wish we had her onstage.”

Beyonce’s absence comes in a year she received nine Grammy nominations, the most of any artist this time around. The former Destiny’s Child member’s song Black Parade is nominated for Record of the Year as well as Song of the Year, Best R&B Performance, and Best R&B Song. Megan Thee Stallion‘s “Savage” remix, which she is featured on, is also nominated for Record of the Year, Best Rap Performance, and Best Rap Song, and “Brown Skin Girl” by Saint Jhn and Wizkid and features Beyonce’s daughter Blue Ivy Carter is nominated for Best Music Video.

The nominations top off with Bey’s musical film, Black Is King, being nominated for Best Music Film.

Although it’s not clear why Beyonce reportedly rejected to be on the performance roster with other talented artists like Billie Eilish, Taylor Swift, and Harry Styles, there has been some criticism about the award show from other artists like The Weeknd, who was snubbed from the nominations this year after his song “Blinding Lights” went number one. “Because of the secret committees, I will no longer allow my label to submit my music to the Grammys,” he told The New York Times in a statement. The statement came after he called the Grammys “corrupt” last year.

Whether or not Beyonce joins The Weeknd in his opinion of the Grammys may not be clear, but her reported rejection of the offer to perform is not stopping the award show from making sure all slots are filled. REVOLT, Bruno Mars and Anderson .Paak, who expressed their hopes for performing as their new group Silk Sonic on Twitter, were added to the performers list and will most likely perform their recent hit “Leave the Door Open.”

The 2021 Grammy Awards, which will be hosted by Trevor Noah and held at the Los Angeles Convention Center, will take place on Sunday, March 14 and air live on CBS at 8 p.m. ET/5 p.m.