After a muted year, DJ and artist Callie Reiff has the next new anthem for ‘not holding back,’ a euphoric rush of movement and color called ‘Crash Into Me.’

It’s been roughly twelve months of masks, lockdowns, and social distancing. Who doesn’t feel like colliding with another human body, just for the exhilaration of physical contact? This sensation, this almost overflowing anxiety, comes to a head in “Crash Into Me,” the new song from multi-hyphenate Callie Reiff. The New York-based DJ and producer has captured the restlessness of the past year, that stir-crazy, cabin fever that’s been bubbling under the surface for some (and not for others) and woven it into her new club banger. With vocals from singer-songwriter Madison Daniel, “Crash Into Me” hits like the electro tidal wave, like a lung-emptying shout that one can’t hold back anymore.

” ‘Crash Into Me’ is about wanting to let your guard down with someone and not hold back anymore. Being who you are is enough for that person, and the most important part is I wanted this song to make people feel strong. I want people to be able to dance to this one and feel really, really good. And I can’t wait for the day I can play this out to a crowd!!”

At 21-years-old, Callie has been making waves in the EDM world with her signature “indie club” sound. With appearances at Tomorrowland, Electric Daisy Carnival Las Vegas, and the Ultra. She’s opened for artists like Skrillex and Ed Sheeran, a perfect example of how her sound exists within the ether between the pop and electronic pop worlds. On top of that, she’s been modeling since the age of 7, appearing in campaigns for American Eagle, Bershka, and Tommy Hilfiger. 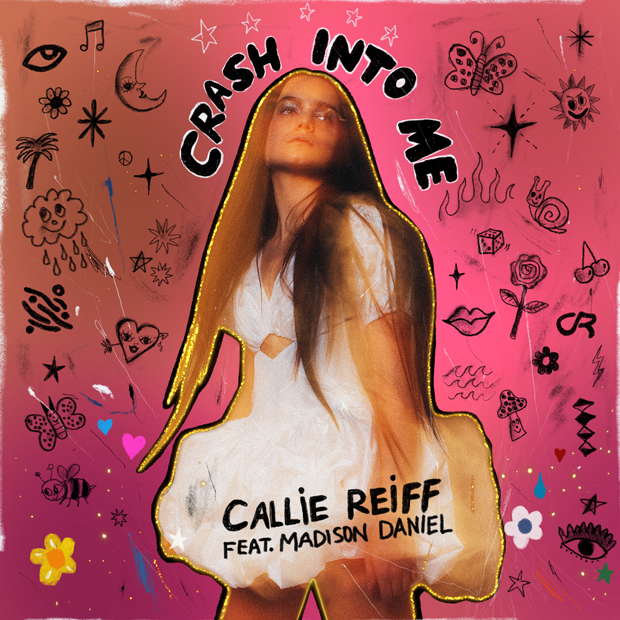 “I’ve been producing since I was around 16 and been patient with trying different genres, sounds, ideas,” Callie says in a press release for her new song. “I feel the most proud of the music that is yet to come out, it feels right and feels like what I’ve always wanted my music to sound like.” Fans won’t have to wait that long to hear what’s “yet to come out.” 2021 will be Callie’s year. She kicked things off with “The Kids Are All Rebels 2.0,” a collaboration with Lennii that set the benchmark for her new sonic direction. Expect more from this shining star of the DJ booth before the year’s end, and stay safe until you can safely “crash” into a beautiful stranger at the club again.