Kim Kardashian has hilariously mistaken hail for snow — and the reality star has been seriously mocked on social media. The KKW beauty mogul took to her Instagram Story on March 10 to share a series of videos of the hailstorm sweeping across Los Angeles. “It’s snowing and I’m in Calabasas, this is absolutely insane,” she said in the first clip as she walked into her backyard and picked up a handful of hail. “This is crazy, how is this happening? My basketball court is white with snow you guys.”

Kim Kardashian saying “it’s snowing” while literally holding hail in her hand is the highlight of my year pic.twitter.com/tgXTqFBx5n

After realizing her mistake, Kim returned to her IG Story, writing, “Ok ok I get the message it is hail not snow,” she began. “I’m not a meteorologist people!!! Never claimed to be one! I got 30 jobs but a meteorologist aint one of them. If it’s hailing in Calabasas in March, I call it snow.” Many fans followed Kim’s response, hilariously implying that if Kim calls it snow, “then, respectfully, it is snow,” one Twitter user joked.

Kim even re-shared some of the tweets to her IG story, including one which read, “Our weather correspondent just let us know that it’s snowing.” The SKIMs mogul, who filmed the clips in the backyard of her multi-million dollar mansion that she once shared with Kanye West, is currently going through a divorce from the rapper. Kim has been staying at the couple’s Hidden Hills house with their four kids: daughters North, 7, and Chicago, 3, and sons Saint, 5, and Psalm, 1, amid the legal proceedings. It has been reported by outlets like TMZ, that it’s likely Kim will keep the home because it’s been a constant for the kids’ throughout their parents’ divorce. 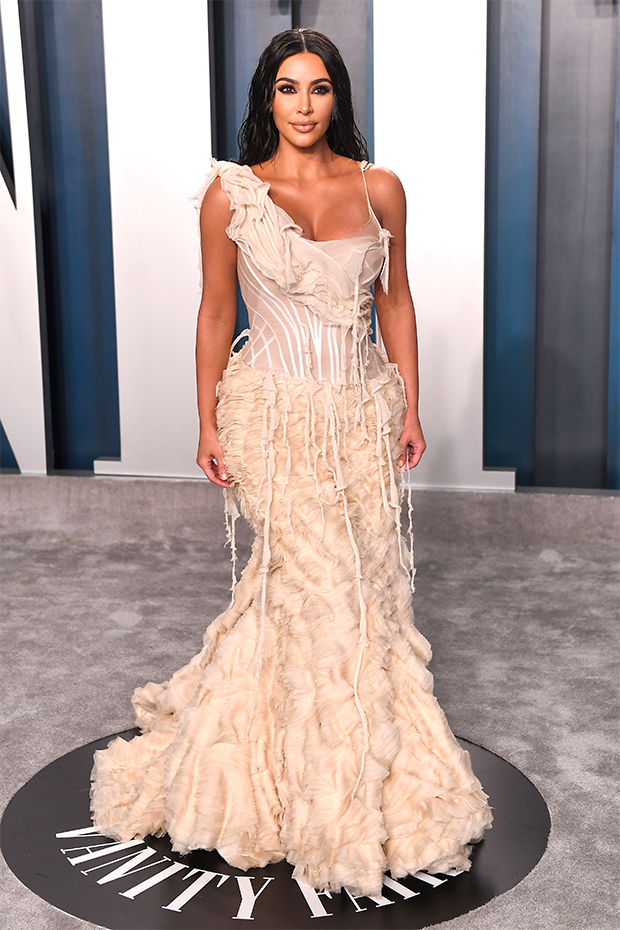 The latest news in Kimye’s split, which was reported on March 3, comes nearly two weeks after Kim filed for divorce on February 19. In the legal documents obtained by HollywoodLife, Kim requested joint legal and physical custody of their four kids, while citing “irreconcilable differences” as the reason for the divorce. “Kim felt she tried everything to make the marriage work and Kanye was refusing to get the help she requested which was the final straw,” a source told HollywoodLife, exclusively.