Heidi Klum, 47, has posed for a new photo reading her brother-in-law’s book. The German supermodel, who is married to Tom Kaulitz, 31, rocked nothing but an unbuttoned pink jacket when she posted a selfie on March 5, offering fans a peek at her weekend plans. “What am I reading this weekend ?????” she captioned the photo, tagging Tom’s twin brother Bill Kaulitz and hiding her face behind his new autobiography, Career Suicide. She appeared to be enjoying a sunny afternoon, as she donned a pair of aviator sunglasses and a floppy straw hat.

Bill, who released the book in early January, previously took to Instagram to share his experience of writing an autobiography. “I’m excited and nervous for you to read it. It’s gonna change things. It’s brutally honest and my truth,” he admitted. “I put my heart on a couple of hundred pages and here it is for you to pre order! Hopefully it’ll make you think, laugh, cry and maybe even dance!” It’s clear Heidi is so supportive of her family‘s endeavors — including her kids!

The Germany native’s mini-me daughter Leni Boshoven Samuel, 16, recently opened up about her acne in a candid Instagram post. The young model, who appeared on the cover of Vogue Germany with her mom, took to social media on January 8 to share a photo of her face without makeup. “my skin on a bad day,” she wrote, adding the hashtags “no filter” and “so what”. 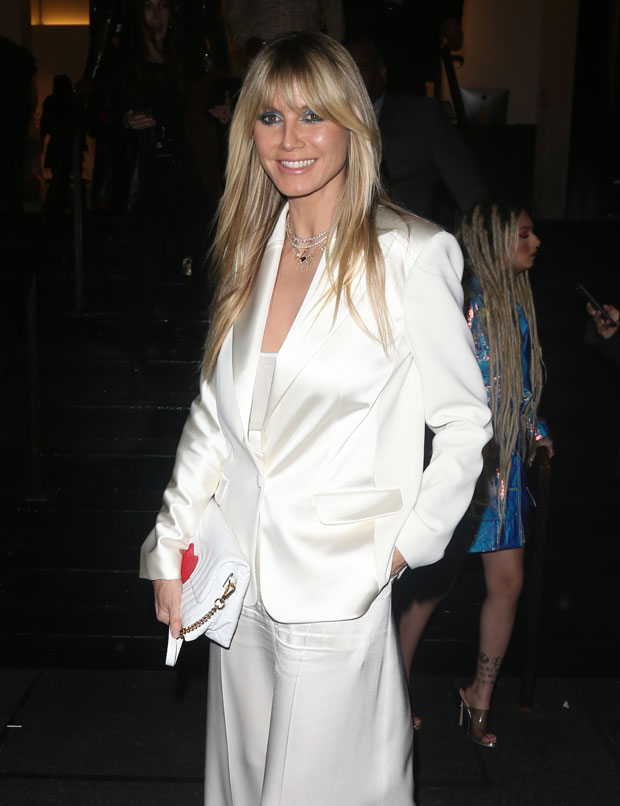 Leni also posted a short video to her IG Story, which showed acne on her cheeks and forehead. “Bad skin. This too shall pass,” she wrote on top of the clip. Many followers quickly jumped into the comments section of the snap to commend her for keeping it real. “yessir let’s normalize this,” one user said, while another wrote “So cool That you show some reality.” The post came just weeks after the teenager made her modeling debut in one of the world’s biggest fashion magazines.