Kristen Stewart is the spitting image of the late Princess Diana. The actress was photographed on the set of the upcoming film, Spencer in Dülmen, Germany on February 25 and looked just like the people’s princess. The 30-year-old Twilight alum was in full costume, sporting a blonde wig and an outfit reminiscent of one worn by the British royal in 1989. She donned a red and green tweed jacket, along with a white turtleneck and a black skirt. While walking to the set, Kristen opted for comfy sneakers and sheer black tights for warmth. 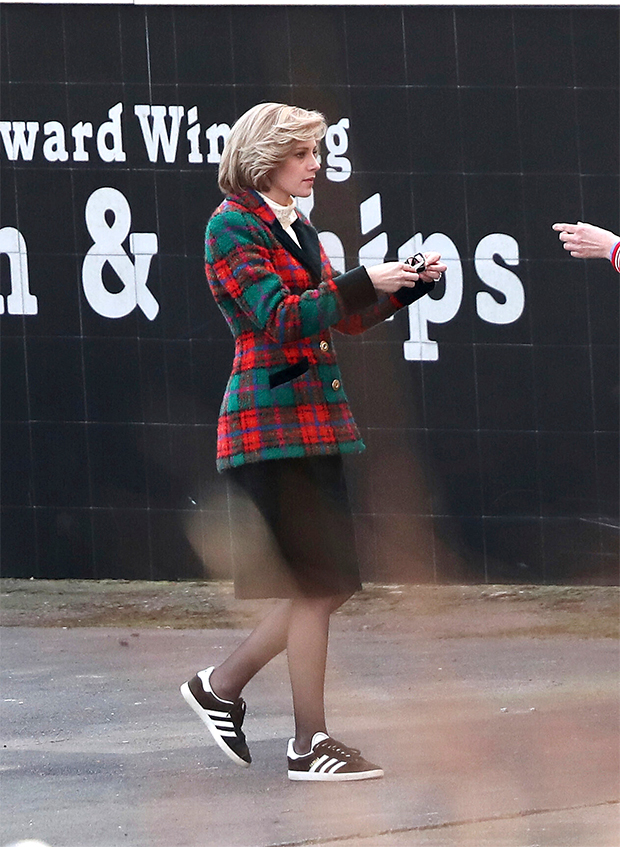 The jacket was similar to one worn by Diana in January of 1989 during an outing in Portsmouth. The film, however, is set over the course of one weekend in 1991, when Princess Diana joins the British royal family for Christmas at the Sandringham Estate — and decides to leave her husband Prince Charles.

Kristen previously opened up about her challenging new role, and revealed how The Crown on Netflix inspired her. “I feel really lucky to have The Crown because I’ve emotionally invested in people that to me feel — like, I know that they’re real people,” the actress told The Wrap. “There’s ample material to reinforce that and sort of remind yourself of that,” she explained. 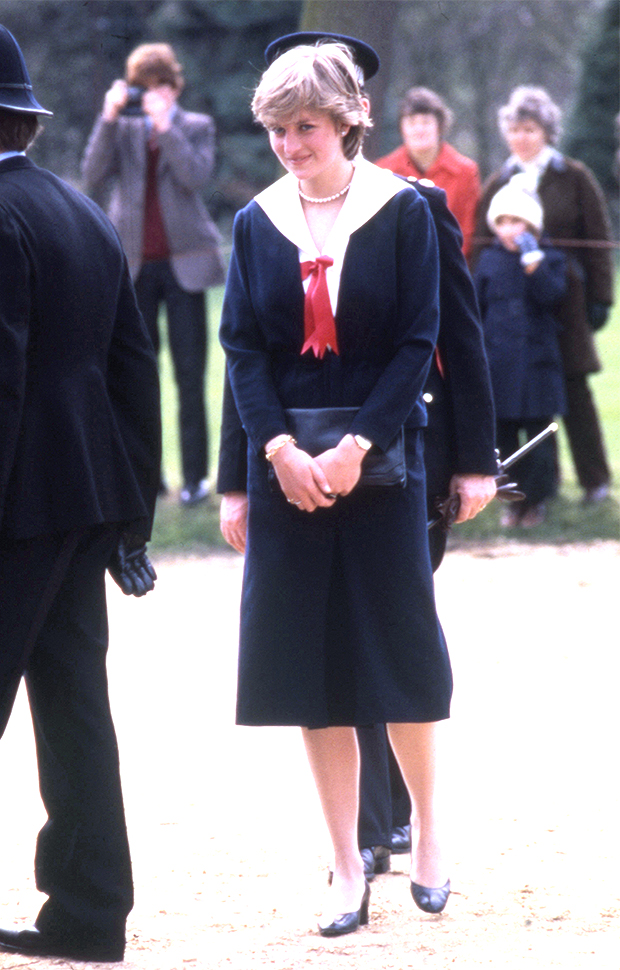 Not only is Kristen excited to portray the late fashion icon and humanitarian, but she admitted that she was also building a greater relationship with the characters. “Now I feel this emotional attachment to these characters and I have this accompaniment that I can go to sleep with and feel like, ‘Oh, God, I already, I already have feelings about these people,’” she explained, adding, “That speaks to the show’s credit.”

Despite using the same source material, the film is vastly different from Netflix’s hit show. “Luckily, there’s no overlap time-wise, and also historically, and tonally, they’re very different, so I’m really cool with it,” Kristen said. “There’s this idea that it could be horrible that we had like two of the same things at the same time. But they do feel so different.”