Update: “Spaceman” happens to be the title track to Nick’s new album. Spaceman is set for a March 12 launch (Preorder the album here) The tracklisting includes: “Don’t Give Up On Us, “Heights,” “Spaceman,” “2Drunk,” “Delicious,” “This Is Heaven,” “Sexual,” “Deeper Love,” “If I Fall,” “Death Do Us Part,” and “Nervous.” 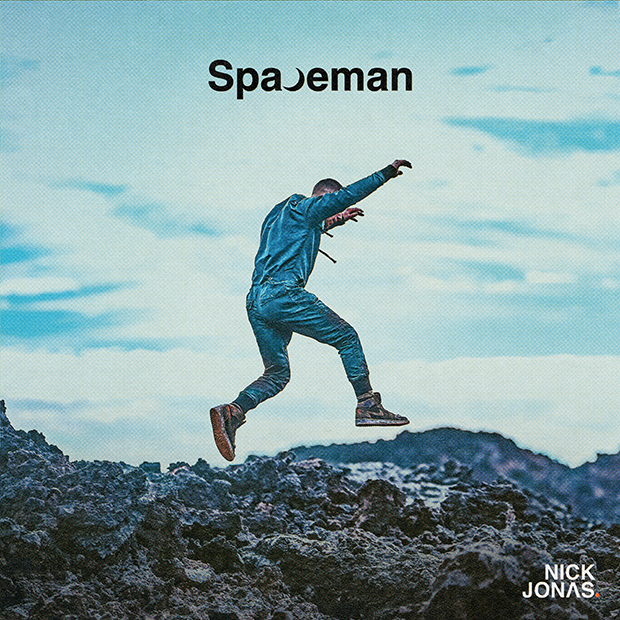 “I think the key for me was trying to find a way to give this idea a persona, give it a name,” Nick told Apple Music’s Zane Lowe about the new song. “So ‘Spaceman’ came into my mind because I was thinking, ‘What’s the one thing that all of us have felt during this time?’ It’s just completely disconnected from the world. We’ve gotten so accustomed to looking at a screen instead of human interaction, and I think the thing that keeps us all encouraged and hopeful is just the idea of knowing that there will be a tomorrow when this isn’t our reality, and I think the body of work as a whole tracks that. But it felt like the right thing to start with ‘Spaceman’ because it is such a stark visual and creative idea to then start the conversation of songs like ‘This Is Heaven,’ which I’m really excited about. It touches on some of the things I did with “Jealous” and tracks like that, but in a new way, and just trying to continue to get better and evolve every day, push myself.”

Nick also said that he’s working on a forthcoming album and that most of his songs are lover letters to his wife, Priyanka Chopra. “She loves it. Most of the songs are pretty much just love letters, which when I can’t articulate the way I feel with my words with no music, I go to the studio. And I’m grateful to have that because it makes her happy, and that’s most important,” he said.

“Listen, I love a big radio song just as much as the next guy,” Nick adds. “I also love moments when I’m able to take an idea, a concept, in this case, that feeling of just trying to capture what this year looked like as far as that isolation. I was away from my wife for a few months while she was filming a movie, and that’s when I started making the record. And then the reconnection, understanding there is hope on the other side. I feel like the album is inherently hopeful, and I want people to feel that when they listen to it.”

“ ‘Spaceman’ launches February 25th”, Nick posted to social media on Feb. 20, along with a shot of him standing on a craggy, alien world while wearing a puffy vest, his muscular arms on full display. “The countdown begins now…” The song marks Nick’s first as a solo artist since 2018’s “Right Now,” his collab with Robin Schultz. In 2019, Nick reunited with Kevin Jonas and Joe Jonas to revive the Jonas Brothers. The reunion yielded a new album (Happiness Begins), a successful tour, a Billboard Hot 100 No. 1 (“Sucker”) and a series of hits (“Cool,” “Only Human,” “What A Man Gotta Do,” and their collab with Karol G, “X.”)

Nick’s announcement frightened the JoBro fandom. The band canceled their 2020 Las Vegas residency over COVID-19, and the rest of their plans that year were scuttled. With the announcement of “Spaceman,” it appeared that the Jonas Brothers reunion was over, but the band indicated that wasn’t necessarily the case. 2 years ago today, we flew some of our biggest fans to LA to surprise them with some big news… Jonas Brothers are back together!” the band’s official account tweeted on Feb. 23. “That day and every day that followed has meant everything to us. [heart emoji] Playing music together, getting back on the road, seeing all of your faces in the crowd, hearing your stories… Our 2019 (and even some of 2020!) was so special, and it’s all because of how amazing you guys are. We have the best fans in the world, and we love you so much! We all have a ton of exciting stuff coming (together and apart [wink emoji]), and we can’t wait for you guys to hear all about it.”

We have the best fans in the world and we love you so much! We all have a ton of exciting stuff coming (together and apart 😉) and we can’t wait for you guys to hear all about it 😎

The line – “together and apart” – indicated that the rest of the band knew about Nick’s song, but that didn’t stop Joe from having some fun. The DNCE singer posted a photo of Good Morning America talking about the song to his Instagram Story. “Wait Wtf?” he captioned the shot. Then, he added a photo of himself. “Just kidding! Can’t wait for Spaceman! Let’s get it!”

The new music arrived days before Nick is set to pull double-duty on Saturday Night Live. Nick will host and perform during the Feb. 27 episode. It marks his first time hosting. He previously performed as a solo act on the show in 2016 and as part of the Jonas Brothers in 2009. “A dream come true,” he tweeted once the gig was announced. “Let’s get it [NBC]. See you February 27th!”

“Spaceman” is out now.