This is one surefire way for Chelsea Handler to draw attention to her new HBO Max stand up comedy special. She sat naked in her hot tub in a Feb. 23 Instagram video promoting her Evolution show, and also celebrated that she sold her longtime Bel Air estate that she’s owned for 11 years for $10.4 million. The 45-year-old talked about her special in the video, but her home in the caption.

“There’s a lot of differences between the old Chelsea and the new and improved Chelsea. The old Chelsea used to find someone annoying and say to that person ‘You’re so f**king annoying.’ The new Chelsea doesn’t. She takes a hit of her joint, takes a deep inhale and just breathes,” a nude Chelsea said while sitting in her home’s luxurious hot tub and taking a drag off her joint (marijuana is legal in California).

She continued, “The old Chelsea didn’t like hot tubs, and the new Chelsea doesn’t either. I’m just trying to be open minded. The old Chelsea didn’t clean up after herself and the new Chelsea on the new HBO Max, you can find out all about her. It’s my new stand up special Evolution, and she does clean up after herself,” Chelsea added as she got out of the large hot tub in the buff, using a peach emoji to cover her bare derriere as she walked away down her outdoor patio.

In the caption, the former Chelsea Does star wrote, “The new Chelsea just sold this house because the old Chelsea was getting a wee-bit too comfortable. The old Chelsea wouldn’t have talked about herself in the third person and the new Chelsea doesn’t want to either. Check out my stand up special Evolution on @hbomax now.” 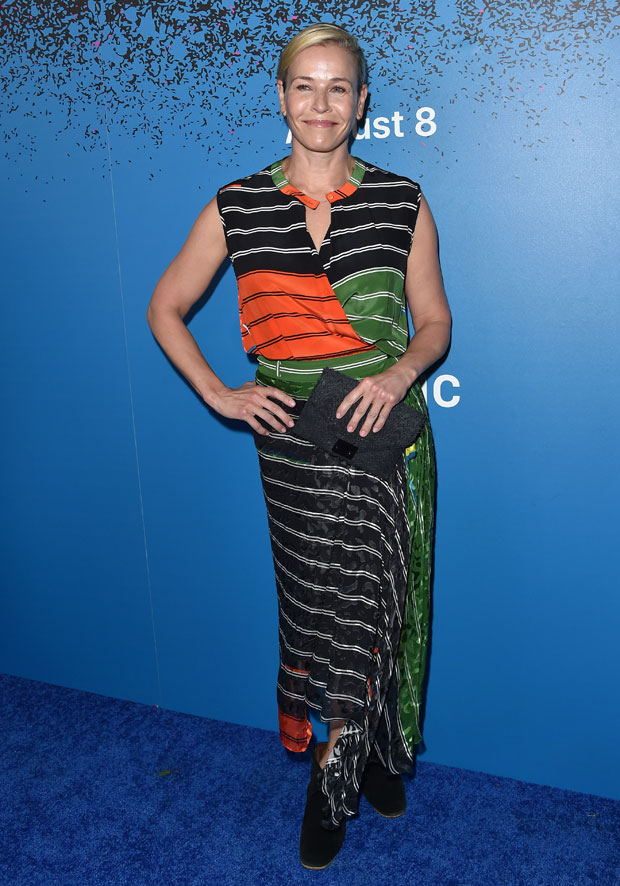 Chelsea Handler went in the buff to celebrate her new HBO Max comedy special, as well as the sale of her longtime Bel Air home. Photo credit: MEGA.

Chelsea originally bought the 5,572-square-foot estate Bel Air, CA estate in 2010 for $5.9 million, according to the New York Post. It came amid her third season hosting E!’s late night show Chelsea Lately and was her first home purchase. The publication noted that she accepted an offer of $10.375 million in early January 2021, after initially listing the home for $10.5 million.

Related: Chelsea Handler’s Boyfriend: Everything To Know About Her Romances With Jo Koy, 50 Cent & More

While Chelsea didn’t seem too sentimental about parting with the real estate, her friends and fans were. Stunned pal Debra Messing asked, “You sold your house!!!!?????” while user @arika.jo wrote in the comments, “Sure gonna miss seeing that house in your stories but can’t wait to see the new one. We love all versions of you, Chels!!” The comedian responded back, “@arika.jo oh, don’t you worry. I will find something just as special!”

Others were more impressed with Chelsea’s body. Actress pal Melanie Griffith gushed, “You have the best boobs!” with a series of fire emojis. Fan @i.am.blackie told Chelsea, “I hope I look this good in the future…Chelsea does weed give you this Bod?” and she responded back, “@i.am.blackie well, partially, yes. Because I drink less. Except in Canada where I need margs after I ski!” Fan daren_jr told the funny lady, “I just really appreciate how you live life naked. I’m inspired.” Chelsea loves being au natural, even if sharing her clothes-free joy has got her in trouble with Instagram’s no nudity policies on occasion.