Before unleashing a wave of tranquility with ‘Melchor’s Lullaby Hotline Vol. 1,’ Adam Melchor has shared a new track, and he tells HL EXCLUSIVELY about how this project came together.

“We started [Melchor’s Lullaby Hotline] in February of 2020, before the pandemic,” Adam Melchor says to HollywoodLife, “And we basically were just trying to get creative in, not only to connect with people but also, to write [music].” For the past twelve months, the singer-songwriter has delivered a new song every Sunday to nearly 10,000 fans via the “Lullaby Hotline” – aka a text message with a link to an unlisted song. After a year of soothing music, Adam will collect a dozen of these songs into Melchor’s Lullaby Hotline Vol. 1 (March 19). One month before the first installment drops, Adam decided to give fans a taste with “Begin Again,” an effervescent tune that heralds not just his new collection but his signing to Warner Records.

Adam explained that the Lullaby Hotline (973-264-4172) was a way to help share his prolific songwriting with the world. “I was writing four or five times a week with people, with other artists, and for my project and stuff, and then, on the off days, literally just writing for myself as well,” he tells HollywoodLife. “And in music, you don’t want to release 150 songs a year or something. So you have to sort of be picky and choosy. And it was a way for me to sort of get some of these songs out, essentially, and test drive some of them. If there was one I was on the fence on, I was like, ‘Okay, let me put it on this week. See how it goes.’”

This project took on a different meaning and tone when the reality of COVID-19 settled in. “It transformed through the pandemic and gave me a sense of calendar, essentially. It was like, ‘Okay, every Sunday, I have to do this,’” says Adam. “It was very loose, and it was just a good way to stay in touch and like communicate with fans and stuff. And it was a direct line. So that’s why we called it the hotline.” 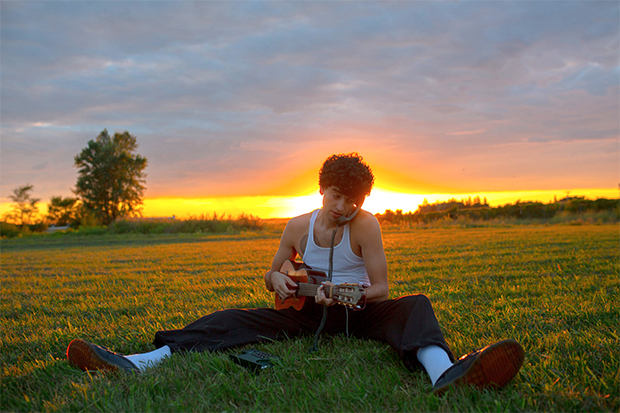 In a time when millions were suddenly cut-off from their friends and family, things like the Melchor Lullaby Hotline provided a much-needed source of connection – though some fans didn’t recognize that at first.  “It was funny,” says Adam. “I could text back. So people would text me and be like, ‘Is this like an Adam bot or something?’ And I was like, ‘Oh, the Adam bot like took a break. It’s actually me today.’ Just as jokes, I was messing around and stuff. And they’re like, ‘Wow, Oh my God, I love your music.’ So it was very cool to be able to talk to people like that and to sort of use the number in a creative way and also just a rewarding way. And also to feel like a part of something.”

“I think that’s why we really gravitate towards music,” adds Adam. “Because even at a live venue or something, you’re just there with 250 strangers all singing the same words. So it was like my internet small club venue that I could play and try things out on. I think that the direct line of communication was also just a fun thing for me to do. If I were ever bored, I would start texting people back memes or something. It’s very cool. I’m very much enjoying it still.”

Adam would send an unlisted YouTube Link, “and then, people could comment on it.” This provided an invaluable connection with his fans, who felt like they were part of the creative process, and for Adam, who got feedback on his music. “[Some were] like, ‘Oh, I love this.’ Or, ‘I had something happened similar to me this week. Thank you.’ So it was cool to be able to find the songs that really work. Sometimes I would work on a song for the whole week and not really get a great response, and then I would post a voice memo. And they’re like, ‘Wow, when is this going to be on Spotify?’ And I’m like, ‘Oh yeah.” It’s sometimes that easy.’” 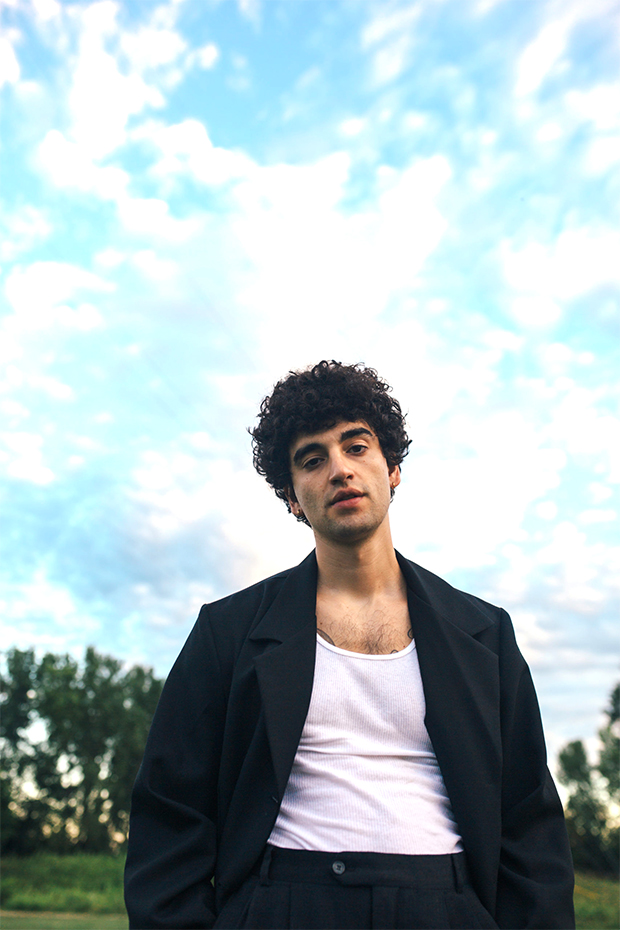 It wasn’t completely easy to pick which songs would be part of Vol. 1. With nearly 52 to choose from, selecting a dozen was a struggle. “it was definitely hard,” said Adam, adding that Vol. 1’s tracklisting was “always changing,” up until the moment he had to submit it. “I did this music theater, songwriting workshop a couple of years ago. And one of the instructors said that ‘musicals are never finished, they just open.’ It’s just like, they’re never really done. When it’s time to hand it in, it just needs to be out. So that is sort of what the Lullaby Hotline Vol. 1 is. And because I had an idea of doing more volumes and more versions of it, I was like, ‘Okay, I can maybe save this one for later, put this out as… Try to get the biggest and best and clear message on what this project is.’”

“There were definitely songs that had more drums that I was like, ‘You know what? Why don’t I save this for the other one? Or maybe I can make it even more big and just put it out as actual, not a mixed tape or maybe look towards an album,’” he adds. There was one song, however, that he could NOT not include on Vol. 1: his version of My Chemical Romance’s “I’m Not Okay (I Promise)”

“That one got a very, very good response,” said Adam. “And I was like, ‘Oh, maybe there’s a world where I could maybe put this one out.’ I think that’s part of the magic of the hotline where it’s like, it could be a cover, it could be a voice memo, it could be a full recording. And so, as long as it’s a comforting feeling, you can pretty much… I felt like there are just so many versions of lullaby, nature, now. It’s just as long as it keeps you company before you go to sleep or when you’re not feeling great, that was the goal of it.”

What’s next for Adam, following the release of Vol. 1? He tells HollywoodLife that he has more non-lullaby-related music in the works and that the Hotline will undergo a change. “We are pivoting into a podcast,” he says, “ and also using the number still, but instead of weekly recordings of texting, we’re going to have the numbers so people can still get some other things and whatnot, but we’re going to start this podcast called The Lullaby Hotline Podcast, where, basically on Sundays after I would send a song, I would also go on YouTube Live and make these really sleepy arrangements of my songs and some covers and stuff. So I’ve done, now, about 39 of them. And they’re each about an hour long. So what I’ve been doing is sifting through which ones make sense and posting them as… The goal is to have 20 to 30 minute, basically, sleep podcast episodes.”

“We’re trying to make this sort of thing a bigger opportunity for other people to sort of get on board, where it’s like, oh, maybe an artist friend that I really liked takes over for the week. And they do a sleep version of it. So it’s just The Lullaby Hotline Podcast, not even my last name attached to it. So it can just be a bigger thing.”

“Bigger” is a theme of the Lullaby Hotline project. While on the surface, it looks like a simple delivery service, a method of an artist of delivering his art directly to the consumer, his fans, in the face of the pandemic, it became something more. Adam created a sense of “anticipation” in a stagnant world. With concerts canceled, events postponed, and everything at a standstill, the Lullaby Hotline gave Adam’s fans a reason to look forward to Sundays.

The pandemic, terrible in its scope and deadly in its effect, robbed everyone of such intangibles as spontaneity, of enthusiasm. Through text messages, Adam provided some much-needed magic in a grey, drab world.

“You can create a lot of positivity for yourself if you create it for other people,” he tells HollywoodLife. “And I think that’s what I’m learning a lot about this process of making music. And I think this year it was… Man, I took such a long look in the mirror, and it was like, ‘Why do I do this? What makes me happy about it?’ I’m in a very lucky spot to be able to do this for my living and to still make a living off doing the thing that I love through a pandemic. And it was just like, how do I give back? And you see, there are healthcare workers and all this stuff and people who actually have to do this thing. And I am just creating ideas. And I’m very lucky that my job is to create ideas.”

“But,” he reflects, “I think that there is a cool responsibility. It’s not even that deep, where it’s like, your ideas can really give other people ideas and feelings and real things that they can carry throughout their day if you do it with intention and you really believe in what you’re doing. And that’s sort of how I’m, at least trying to, I don’t know if I’m doing it, I can’t be in their heads about it, but at least just trying to achieve that. It gives me something to look forward to as well.”

Fans can look forward to Melchor’s Lullaby Hotline Vol. 1 when it arrives on March 19.