Oscar Wilde once asked, “With freedom, books, flowers, and the moon, who could not be happy?” Flowers, books, freedom, the moon, sex, and the playwright himself are all part of “Young Libertine,” the new song from Left Field Messiah. The band – featuring Steve Bays (Hot Hot Heat), Erik Janson (Wildling), and Jeremy Ruzumma (Fitz and The Tantrums) – delivers a slice of colorful, sunny alt-pop in a track that’s 100% pure fun from start to finish. It’s a hazy daydream of a song, one that captures the joy of an intoxicating afternoon, and it’s a perfect preview of the band’s upcoming album, In Praise of Bombast. “ ‘Young Libertine.’” LFM tells HollywoodLife, “covers everything from Oscar Wilde to The Rapture. We wrote it staring at a volcano covered in snow, dreaming of hot lava.”

In all seriousness, “Young Libertine” marks a defining moment for this new band. LFM tells HollywoodLife that they found their sound with this song. “We landed on a new shade of LFM blue, combining early 90s hip hop tones and soul dance melodies splashed with some nice 80s pop moments. This is a song of firsts—rhyming libertine with figurine and x-ray machine with screen—and while our productions have been referred to as ‘maximalist,’ this is one of our more restrained moments.”

If “Young Libertine” is LFM at their most subdued, get ready to go wild when In Praise of Bombast drops. The album – promising nine tracks of audio delight – is currently set for a summer 2021 release. It’ll contain “Young Libertine” and the two previously released singles, “A.M. Moonlight” and “Fuzz Machine.” The former arrives on a bassline out of Peter Hook’s subconscious, while the latter delivers a thumping synth-production that matches Steve Bay’s explosive vocals, beat-by-beat. These songs, now with “Young Libertine,” provide a perfect introduction to LFM’s unique blend of funk, soul, 80’s synths, and early 2000s rock. The results are an instant escape from the doldrums of life, an energetic, psychedelic swirl of genre-bending joy. 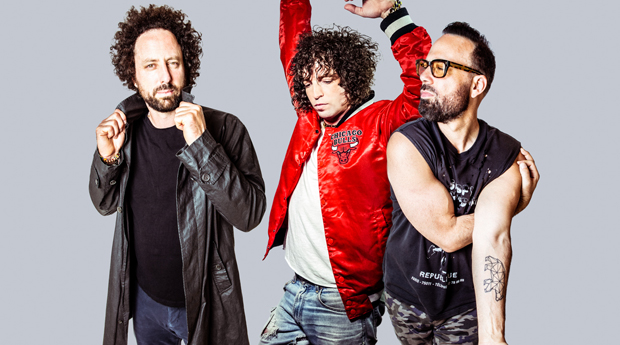 “To love oneself is the beginning of a lifelong romance,” said Oscar Wilde. A second lifelong romance will kick off in the summer of 2021, with LFM’s In Praise of Bombast. In the meantime, fans will have to indulge themselves by playing this new song over and over again. It’s what the playwright would have wanted, right?

Related: Taylor Russell: 5 Things To Know About The ‘Bones & All’ Standout Star