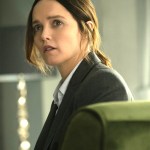 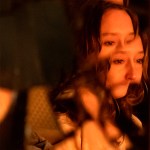 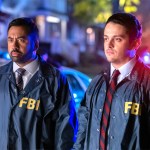 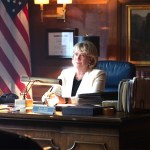 Marnee Carpenter stars in ‘Clarice’ as Catherine Martin, the woman who survived Buffalo Bill in ‘The Silence of the Lambs.’ HL spoke EXCLUSIVELY with Marnee about the spinoff, Catherine’s trauma, and more.

The Silence of the Lambs story continues with the all-new CBS spinoff Clarice, which premieres Feb. 11 at 10 p.m. Marnee Carpenter plays Catherine Martin, who made it out of Buffalo Bill’s hole alive in The Silence of the Lambs, a bestselling novel that became an Oscar-winning movie. Catherine was discovered by Clarice Starling and later rescued. The series picks up one year later, and both Catherine and Clarice are handling the impact of Buffalo Bill’s terror differently.

HollywoodLife chatted EXCLUSIVELY with Marnee ahead of the show’s debut to get some insight into how Catherine is coping with her trauma. Catherine is “struggling” with life after her kidnapping and particularly how she thinks Clarice has moved on. The actress teased a tense “push-pull” relationship between these two women over the course of the season as they process their shared and individual traumas in hopes of moving forward. Read our Q&A below:

You play a pivotal role in The Silence of the Lambs universe, Catherine Martin, the woman who survived Buffalo Bill. When this show picks up, how is she feeling mentally and emotionally given all that she’s been through?
Marnee Carpenter: I think that’s a question that she would have a hard time answering herself, to be honest. It’s kind of been a whirlwind stance when we meet her again of finally being home and no longer hospitalized. I think she’s trying to get her bearings and figure out just where to begin again. In a lot of ways, she’s got her only counterpart in Clarice who, from the outside, seems to be thriving and going about her life. I think Catherine is really struggling with that because that’s just not where she’s at.

Where did you begin in terms of your research to play this character?
Marnee Carpenter: Actually, Silence of the Lambs has been my favorite movie for as long as I can remember. That was always my answer when people asked me, so when I even got the chance to audition for this, I was already losing my mind. In terms of the research, just basing it off what Brooke Smith already generously gave to this character is huge. There’s so much in her performance, but I also wanted to make sure that we were making a continuation of the character and also breathing additional life into her because we kind of get the story cut short. So now we get to expand and learn more about her. I think the majority of my research was really from Thomas Harris in really researching that book because he really so strongly writes his female characters, and he doesn’t leave anything unturned with them. He really laid out a lot for his female characters.

The majority of Brooke’s performance takes place in that hole. She may be out of there now, but it’s not like she’s really left yet. That must be a really fascinating, emotionally complex element to play with.
Marnee Carpenter: I just loved how it was so clear just from the film what a fighter this person is. Even without reading Thomas Harris’s book, you can tell if anybody’s going to get out of there, it’s her. She’s just ready to totally fight for her life and throw everything at it, which is how I really hope to continue her in this series and just really show that heart that’s there no matter what circumstances surround her.

How will Catherine and Clarice’s relationship evolve over the course of season 1?
Marnee Carpenter: Without giving away too much, they kind of don’t really have a relationship, to be honest. When we start back with them, they have this weird, disjointed separation. I think for Clarice, it’s really hard to face Catherine. And for Catherine, she’s not really sure what to make of Clarice or even how to face her. It’s this very push-pull dynamic of being connected through trauma, which is hard. It’s not like two friends coming back together. These two women have been so greatly affected by the trauma in their lives, and that’s where their connection begins. It’s kind of a hard way to start. But I think that’s what’s neat is we see they’re opposite to each other throughout the course of this season. I believe that string is elastic. It pulls them back together, whether they want to be there or not, which I think is really interesting to play with.

Catherine’s mother is a very high-profile player. What is their mother-daughter relationship like in the show?
Marnee Carpenter: It’s tough. Just being on the outside of it, not speaking for Catherine, but just as a daughter myself in the world, I can totally see where mom wants you to thrive and just to be your happiest, best self in the world. But when it kind of comes out in the wrong ways as it does from Ruth to Catherine, it’s hard to reconcile the two as Catherine is in that psyche of being like, ‘You’re not listening to me. You’re not hearing me. You’re just kind of operating on we need this end result of you being healthy and better and functional in the world again.’ I think Catherine, even though she’s not at peace with it, she knows she’s not there yet. I think it’s hard for her to meet those expectations that she feels her mother has of her. It’s like she doesn’t really have an ally there, so it’s definitely tough for her to balance feeling supported by her when, at the end of the day, we know mom wants the best for but maybe it’s not clicking quite right.

I feel like so much of Catherine when we meet her in this show is it’s so rooted in trauma and how she’s dealing with it and trying to process that. What has that exploration been like for you as an actress to have to dive into such very intense emotions to embody this character.?
Marnee Carpenter: Catherine and I don’t have similar experiences, obviously. Gosh, I hope that not many people identify with her on that side of things. But I feel like, for me, working on this character I really had to dig into what I feel like her core belief system is and what really makes her tick, and how that overlaps with what makes me tick as an actor. I think a lot of that is being taken seriously and making sure that nobody counts me out or underestimates me. I can totally identify with that. I think a lot of that is true. I just think I have to see where we overlap. For me, it is really making sure that I’m heard and I’m seen and not underestimated. I feel like a lot of Catherine’s story at this point is people really just, unfortunately, seeing her as damaged and maybe disillusioned when we’re probably going to start realizing that she really does have a handle on the world around her and observing things, even though she’s been through this trauma. I think just really being accepted and heard is a big part of her story.

At the end of the movie, Catherine is holding Precious. Is Precious back in the show?
Marnee Carpenter: Yes. It’s actually alluded to a bit in Thomas Harris’s novel that we’re not really sure where Precious goes, but the idea is that she’s probably going to end up at a local shelter and that Catherine wants to bring her home and mom says no, probably not. Well, sure enough, Catherine does adopt her. We’ve got her. She’s home with us.

Do you think she kept Precious because the dog is comforting to her? In the sense of when you’ve been through something together, you sometimes want to hold on to that bond.
Marnee Carpenter: Absolutely. I think a big part of that bond was this dog really bought her time and saved her life. So while I don’t think she ever wanted to hurt the dog, it was more of life or death. Precious really is a symbol of her strength in a lot of ways, and I don’t think she ever blamed the dog. So it was like, well, this dog deserved life just as much as I do.