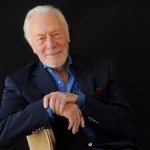 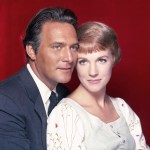 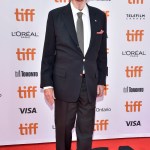 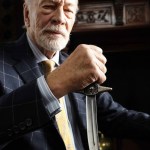 Julie Andrews remembered her longtime friend and The Sound Of Music co-star, Christopher Plummer, following his passing at 91 years old. “The world has lost a consummate actor today and I have lost a cherished friend,” the Oscar winner, 85, told HollywoodLife in a statement. “I treasure the memories of our work together and all the humor and fun we shared through the years,” she continued.

Most heartbreaking of all, Julie sent her love and affection to Christopher’s widow, Elaine Taylor, and his daughter, actress Amanda Plummer. “My heart and condolences go out to his lovely wife Elaine, and his daughter Amanda.” Julie and Christopher shared a long history of supporting one another throughout their decades-long careers in the entertainment industry. But it’s their work together that fans remember most fondly.

The two talented performers starred in the 1965 film The Sound Of Music. The Robert Wise-directed musical, based on the real-life story of Maria Von Trapp, followed Julie’s Maria as she becomes a governess for a widowed Captain Von Trapp (Christopher Plummer) and his household of seven children. The romantic film saw the two characters fall in love as the beginning of World War II raged on, all set to music and lyrics by the legendary team of Richard Rodgers and Oscar Hammerstein.

The film went on to earn five Academy Awards including the Oscar for Best Picture. More than 55 years later, the film is still beloved by audiences of all generations, due in no small part to the chemistry and talent of Christopher Plummer and Julie Andrews, both of whom received Oscar statuettes for Beginners (2010) and Mary Poppins (1964). For the film’s 50th anniversary, the pair got together for a joint interview where they discussed the film’s legacy and how their attitudes toward it have changed over time.

“As cynical as I always was about The Sound of Music, I do respect that it is a bit of relief from all the gunfire and car chases you see these days,” Christopher Plummer shared with Vanity Fair in the February 2015 profile. “It’s sort of wonderfully, old-fashionedly universal. It’s got the bad guys and the Alps; it’s got Julie and sentiment in bucketloads.”