“We stand here in defiance,” a proud Lil Nas X says at the start of Logitech’s commercial for Super Bowl LV. The commercial, which launches Logitech’s DEFY LOGIC campaign, sees the “Old Town Road” singer celebrate the “makers,” “groundbreakers,” “streamers,” and “dreamers” who dare to defy “expectations, perceptions, and misconceptions.” (That’s something Lil Nas X has some experience with, right?) With Nas X’s not-yet-released song, “Montero (Call Me By Your Name),” playing, the commercial showcases a diverse cast of creative individuals – artists, podcasters, makeup visionaries, musicians. In this vignette, these artists use Logitech products to defy genres, algorithms, and any other barrier that would prevent them from sharing their voice with the world. “We defy that little voice that says, ‘oh no, we can’t,’ with a roar that says, ‘oh yes, we will,’ ” says Nas X.

“Because, to create the future, you must defy the logic the logic of the past,” says Lil Nas X, delivering a knockout line that should inspire everyone to stop what they’re doing and pick up those creative projects they’ve been putting off. “DEFY LOGIC celebrates people pursuing their passions and breaking new ground, despite what current conventions, past precedent, or traditional thinking might suggest is possible,” said Heidi Arkinstall, chief marketing officer at Logitech, in a press statement accompanying the commercial. 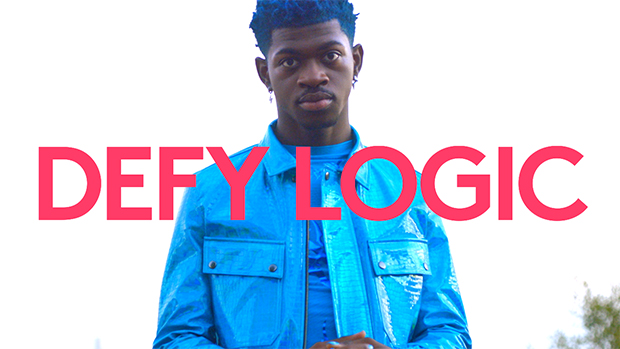 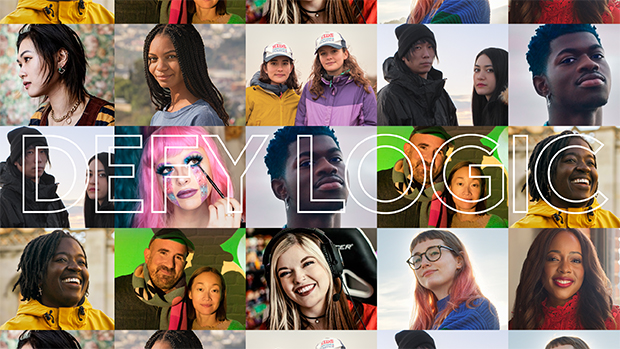 This commercial marks Lil Nas X’s second consecutive Super Bowl appearance. In 2020, he starred in a Doritos ad with Sam Elliott, one that featured a dancing mustache. Nas seemingly referenced the commercial – and his smash hit – when previewing his first major release since his 7 ep, “Holiday.” However, in a display of the creativity that made Nas X a perfect candidate for the DEFY LOGIC campaign, he ditched the horse for a sleigh, transforming into a sexy Santa.

Lil Nas X dropped his 7 EP in 2019, and since then, fans have been eagerly awaiting a follow-up. Nas X, ever the tease, has been dropping clues and previews about what will be his first full-length studio project. He even teased “Call Me By Your Name last July, per Billboard, by sharing a snippet of the song.  “Call me what you want / Call me what you need / Call me out by your name / I’ll be on my way,” he sang.