Megan Fox and Machine Gun Kelly put on a very loved-up display at 30 Rock in New York City. The “Lonely” hitmaker was seen carrying the actress into the studio where Saturday Night Live is filmed ahead of his performance on the January 30 show. The couple exited a car, sans face masks, and were all smiles as MGK lifted her up, before walking into the building hand-in-hand. The brunette beauty stunned in an orange snakeskin-print matching set, including leather pants and a turtleneck top. She also rocked a long, black leather coat and styled her raven tresses in loose waves. 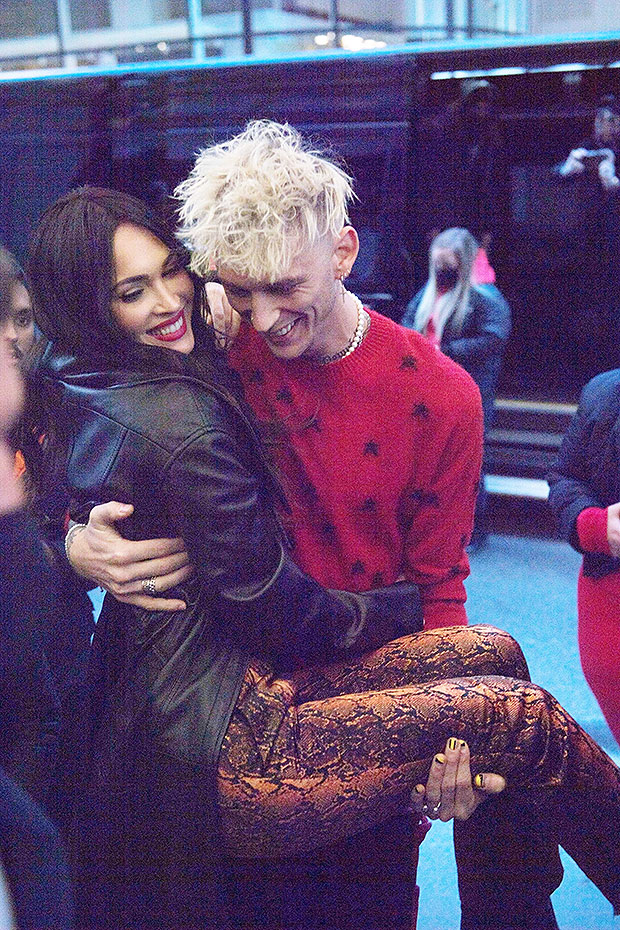 Meanwhile, the singer opted for an all red ‘fit, featuring a sweater adorned with black stars, and bright red jeans. Their PDA comes just a couple of days after Megan seemingly denied the pair were engaged, after she rocked a giant diamond ring on that finger earlier in the week. The 34-year-old took to Instagram on January 29 to share a photo of her hand in front of a chess board with a square silver metal ring that read “F**k You” on it.

Megan is still finalizing her divorce from former BH90210 star, and the father of her three boys, Brian Austin Green. The pair separated in May 2020, and Megan officially filed for divorce from the 47-year-old in Nov. 2020. Amid the ongoing legal proceedings, it appears Megan is falling madly in love with MGK — the pair have been joined at the hip since falling for each other while filming Midnight in the Switchgrass in the spring of 2020. 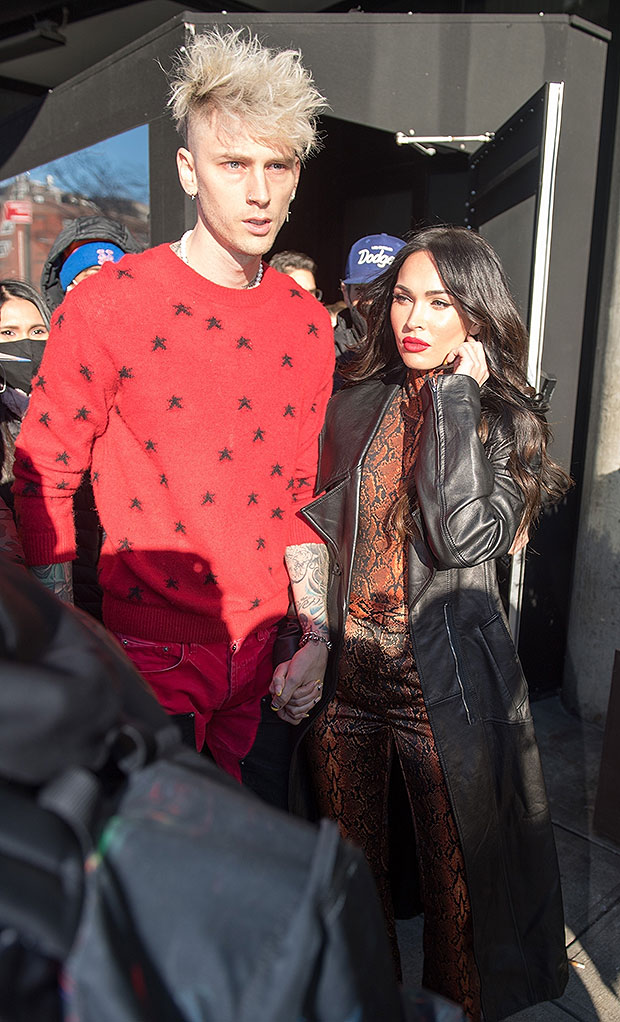 It comes a couple of months after HollywoodLife EXCLUSIVELY reported that MGK would love to marry the Transformers star and start a family. “MGK’s friends have never seen him like this before, he’s so in love with Megan and pretty much spends all his time with her,” an insider told JL. “He says he wants to marry her and he wants her to have his baby, he talks about that very openly. Being with her has definitely tamed him, he’s laser focused on her.”