Megan Fox set off a round of engagement speculation when she rocked a giant diamond ring on that finger while arriving to NBC studios in New York with boyfriend Machine Gun Kelly. But now she’s showing off a different ring in it’s place to her fans via an Instagram story. On Jan. 29, the 34-year-old shared a photo of her hand in front of a chess board with a square silver metal ring that read “F**k You” on it. If Megan was trying to send a message about the engagement chatter, she sure found an interesting way to respond.

Megan was definitely wearing a large diamond ring on Jan. 28 as she and MGK rolled up to 30 Rockefeller Plaza. It was a large stone in a gold setting that you can see in the below photos. But when she and the “Bloody Valentine” singer left NBC Studios, Megan had for some reason changed out her jewelry. The diamond was gone and in it’s place on her left hand was a square metal ring, which appears to be the same one as in her IG story. 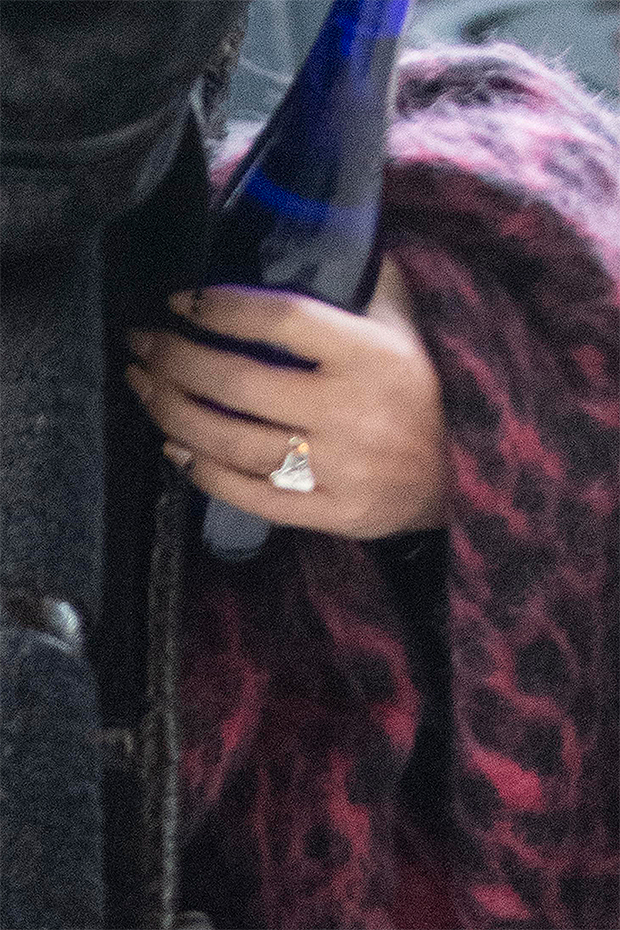 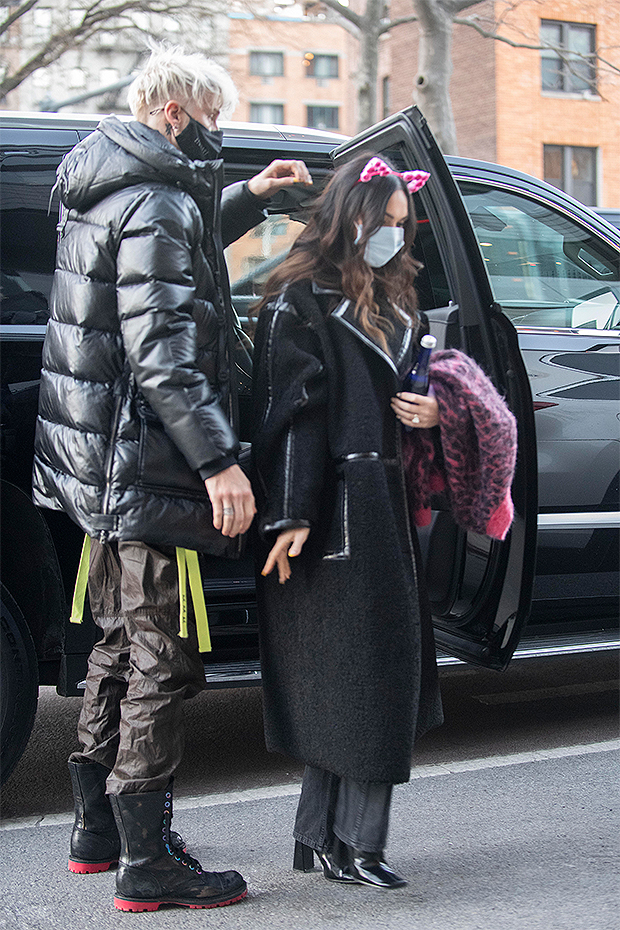 Now it’s really unclear if Megan and MGK — real name Colson Baker — are engaged or not. They are madly in love and so crazy about each other. But Megan still needs to finalize her divorce from former BH90210  star Brian Austin Green. The pair separated in May 2020, and Megan officially filed for divorce from the 47-year-old in Nov. 2020.

Even if Megan and MGK aren’t engaged, they seem to have already taken one big step as a couple. The pair was photographed on Jan. 10 seemingly moving the 30-year-old rocker out of his home. The couple left his house with various boxes and wardrobe items, as they loaded up a car. From the photos, it appeared that MGK was making a more permanent move to Megan’s place. The pair has been joined at the hip since falling for each other while filming Midnight in the Switchgrass in the spring of 2020, so moving in together would make perfect sense.

As we EXCLUSIVELY told you, Colson would love to marry the Transformers star and start a family. “MGK’s friends have never seen him like this before, he’s so in love with Megan and pretty much spends all his time with her,” a source EXCLUSIVELY told HollywoodLife. “He says he wants to marry her and he wants her to have his baby, he talks about that very openly. Being with her has definitely tamed him, he’s laser focused on her and doing whatever he can to make her happy. It’s very sweet to see him so in love.”