Self-help has never been so fun – and never has had a catchier beat. Number One Popstar skewers fitness, cults, and more in ‘I Hate Running,’ and she talks EXCLUSIVELY with HL about this synth-pop bop.

At the crossroads of charm and cynicism stands Number One Popstar, the synth-pop moniker of singer/filmmaker Kate Hollowell. With a sharp sense of songwriting (only surpassed by her cutting wit), N1PS’ music is a perfect blend of clever humor and undeniable hooks. Look no further than “I Hate Running,” an earlier contender for both the title of “Best Video of 2021” and “Best Excuse For Avoiding Working Out.” In a video rife with religious imagery, pastel turtlenecks, and magnificent choreography, N1PS delivers, as she puts it, “an anti-motivational song,” one that takes aim society’s constant push for everyone to better themselves.

“Push it, girls / do your best / put your fitness to the test / up, down, side to side / nothing matters / we’re all gonna die,” she sings. Though the message is not entirely new, it has rarely been this fun to listen to. “I Hate Running” is a gleefully nihilistic celebration, one that encourages a calendar full of cheat days. The infectious chorus will stay in your head for weeks  – or, until N1PS releases another song.

Kate Hollowell, the wild-eyed genius behind N1PS, honed her musical chops as part of the irreverent Los Angeles-based punk band Slut Island, and her visual aesthetic while directing music videos for various artists like SASAMI and Katy Perry. Kate/N1PS chatted with HollywoodLife about shooting “I Hate Running,” America Online, and why N1PS is really the “culmination of everything.” 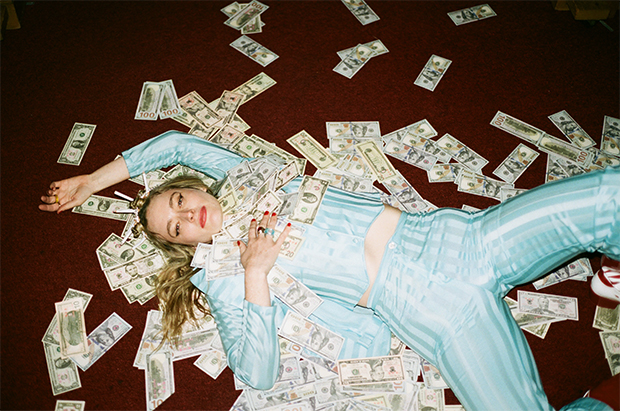 HollywoodLife: I’ve read that with your visual background in photography and directing, you reverse-engineer songs, starting with a visual and working backward. What was the first element you imagined or saw in “I Hate Running”? Was it the crown of cigarettes? The blue sweatsuits? The red car?

Number One Popstar: I envisioned a cigarette crown before I even recorded the song.  I bought a bunch of fake cigarettes made of dry cabbage and was trying to find ways to incorporate them.  Anytime I’d describe the video, the only anchor for the narrative was ‘cigarette crown’ which is pretty vague.  Slowly, this anti -motivational fitness- cult leader started taking shape… 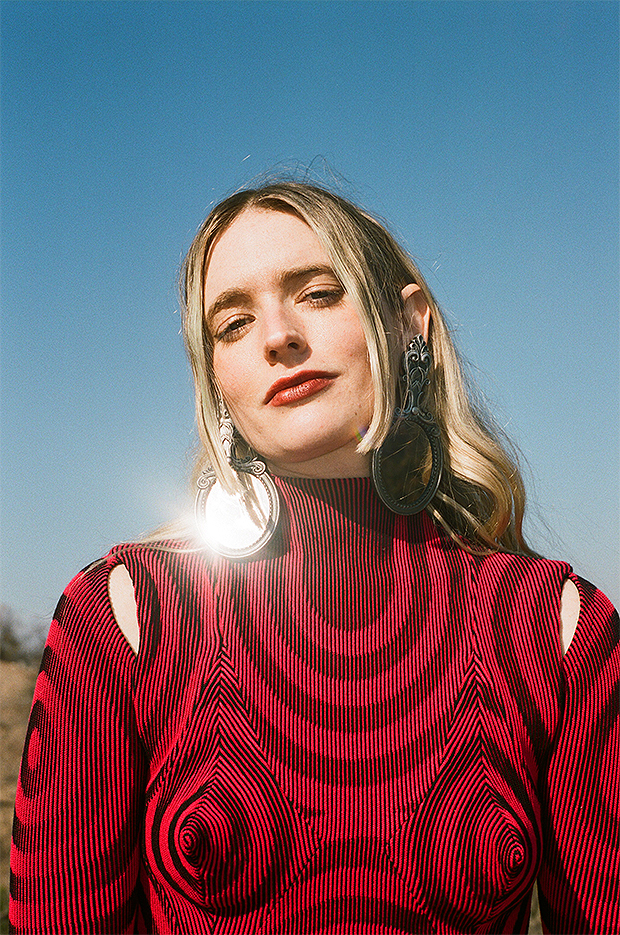 Is there anything deeper to the secret Patrick Swayze shout-out, or was it just a low-key way to express a fondness for Dirty Dancing? Or are you more of a Point Break person?

First off, thank you for noticing! I actually made out with Patrick years ago and he told me if I ever wrote a book that I could quote him directly.

I made the book the night before at a Kinko’s as a last-ditch effort to help drive the narrative, so I would say there is no hidden meaning aside from quoting someone who is not alive in order to add to the scammy cult theme.  When I went to scout the church we shot at, it had a tiny, weird room with a bunch of framed pictures of Patrick Swayze and an old pillow with his face on it.  I think they may have snuck into my subconscious.

The past year’s pandemic hampered video shoots. Did you get every element you wanted for the video of “I Hate Running,” or was there something you had to sacrifice, in this age of COVID?

We originally had an earlier shoot on the calendar, but it got canceled due to COVID.  I then tried to simplify the concepts, but I just loved the church and the cult narrative so much that I had to make it happen.  In order to pull it off, I trimmed down the crew and produced it myself (with the help of producer Vivviane Laponte).  I implemented a plan for everyone involved to get tested, sent out the call sheets, booked the talent, styled the cast, created the artwork, and obviously directed and starred in it.  I found the DP on a Sunday and by Wednesday we were shooting. It was quite the undertaking, but it was the only way to make it happen during COVID with a self-funded project.

“I Hate Running” takes a stab at aerobics, self-help books, turtlenecks, and organized religion. It follows “Psycho,” which used a suburb neighborhood, a leotard, and a Stop Making Sense-sized suit jacket as part of the video’s backdrop. Forgive me if I’m off the mark here, but these two works strike me as critiques of elements of 1980s pop culture. Is Number One Popstar a way for you to, for lack of a better term, take a piss out of 80s nostalgia? Or are you mocking these still-relevant elements (self-help books, leotards) that just happened to have a heyday back then?

Thank you for thinking that I thought through any of this! I think Number One Popstar is a way for me to take a piss on literally everything, including myself. It’s really just a take on how people can convince you of being someone that they’re not, being this woke savior that’s not representative of who they actually are.  In the end, they’re holding up a facade, which at some point isn’t sustainable.

Your website harkens back to 56k modems, Gateway computers, and free AOL CDs. Do you see Number One Popstar veering more into the pop sound of the 1990s?

I only own a Gateway 95’ computer so the design of the website is purely out of necessity. I still pay $9.99 a month for AOL. It’s been a struggle because none of my friends are really on AIM chat anymore so I’ve lost touch with a lot of them.

As for the sound, there isn’t a pop sound I’m striving for.  My only goal is to make songs that I personally enjoy.  Who knows, maybe my next song will be me screaming over an out-of-tune acoustic guitar?  I’m just having fun with the music-making process, I’d like to make all types of songs and videos, I really don’t have a master plan. 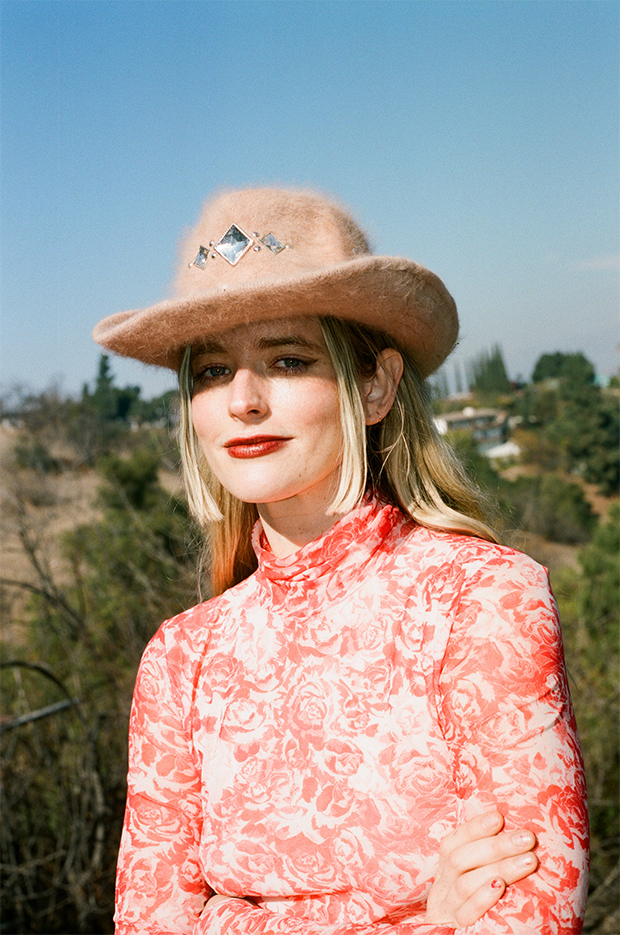 “I Hate Running” is a dastardly triple-threat: it’s funny, it’s catchy, and it’s poignant as hell. The same can be said about your punk band, Slut Island. Have you always had this clever irreverence to your music or did this develop over time?

I didn’t set out to be irreverent, but I couldn’t find myself writing take-myself-too-serious-songs.  That just wouldn’t be authentic to my personality.  Naturally, when I see serious things, I want to flip them on their head.

Do you see Number One Popstar as an entity that exists in a conventional music sense – y’know, releasing albums, putting out videos, touring. Or are those standard music objectives not something you’d apply to this incarnation?

This is really the culmination of everything. I’ll continue to release music, pushing myself to make songs that are better than the last, pushing the boundaries of music videos and my content in general.  And yes, definitely touring (ideally opening for Jason Mraz). I’m looking forward to the world reopening so I can bring this project on stage. That is really where I thrive. The shows we played for my punk band Slut Island naturally evolved into bizarre art performances and I definitely see that progression for N1PS.

Will we see your skeletal backup dancers in an upcoming video, or will they be something for your Instagram/TikTok followers?

My skeleton backup dancers are always working on new choreography and on standby to be in a music video. You’ll just have to wait and see!