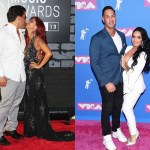 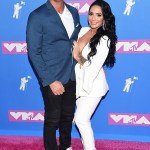 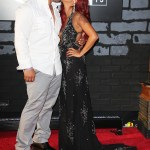 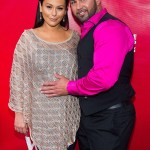 ‘Jersey Shore’ star Ronnie Ortiz-Magro, has fallen hard for his new girlfriend Saffire Matos. Here’s why his friends think she could be ‘the one.’

Jersey Shore star Ronnie Ortiz-Magro, 35, and his girlfriend Saffire Matos went Instagram official last October and since then things have only gotten better.  In fact, Ronnie is so happy that his friends are starting to wonder if Saffire could be ‘the one.’

A source close to the reality star tells HollywoodLife EXCLUSIVELY, “Ronnie’s friends are so thrilled for him. They haven’t seen him this happy in a long time. Since Ronnie’s been dating Saffire he can’t stop smiling and they feel like they got the old ‘Ron’ back. The fun-loving, laughing, positive guy that they’ve always known.”

The source insists that this romance is something totally new for Ronnie. “Their relationship is completely different than anything Ronnie has had in the past and his friends wouldn’t be surprised if Saffire was ‘the one’. Ronnie is absolutely crazy about her and they could see him settling down.”

“You can tell that Saffire genuinely supports Ronnie and treats him with respect,” explains the source. “That’s all he’s ever wanted is to get back the love that he gives.”

Prior to dating Saffire, the reality star had a troubled relationship with Jen Harley that resulted in back and forth accusations of domestic violence. But since breaking up for good in October 2019 the former couple, who share daughter Ariana Sky Magro, 2, are no longer living in the same state.

Jen lives in Las Vegas with their daughter, while Ronnie is back to being based on the East Coast. But, as HollywoodLife previously reported, the distance hasn’t stopped him from being a doting dad to Ariana and he visits her all the time.

Ronnie’s longtime friend Angelina Pivarnack recently weighed in on her Jersey Shore co-star’s new more low key life and told HollywoodLife EXCLUSIVELY,  “Ron was always the person who was all over social media with the drama. I’m really happy for him now that that’s not the case,” Angelina tells us.

As HollywoodLife previously reported, Ronnie’s former Jersey Shore co-stars are all “happy” to see him with someone new. “They are very happy that he’s moving on from Jen,” a friend of the cast shared. “The group really had trouble getting along with her. So they’re open to getting to know Saffa. That relationship was really hard on Ron and they’re just happy to see him back to being himself again.”