Fans got a rare up close and personal look at Amanda Bynes, who unveiled a partial makeover on Monday. The Nickelodeon alum, 34, showed off much thicker eyebrows in a selfie that was shared to her fiance Paul Michael‘s Instagram Stories. However, the LA native, who proposed to Amanda on Valentine’s Day in 2020, has his Instagram set to private. Somehow, clever fans managed to obtain Amanda’s new selfie, which has since made its way around the internet.

The unexpected selfie was embraced by fans on social media, who’ve not seen Amanda since she last posted to Instagram in October 2020. The former All That actress returned to the platform just a few months after she sought treatment for “mental health” in early 2020 — Amanda’s lawyer David Esquibias confirmed to HollywoodLife at the time.

The actress made a comeback to Instagram with a brand new handle (@matteblackonlinestore), as well as a fresh look. She shared a full-body photo of herself with long black hair and bold side-swept bangs. Additionally, Amanda wore glasses, a yellow and black plaid shirt, ripped jeans and sneakers as she stood against a white wall. 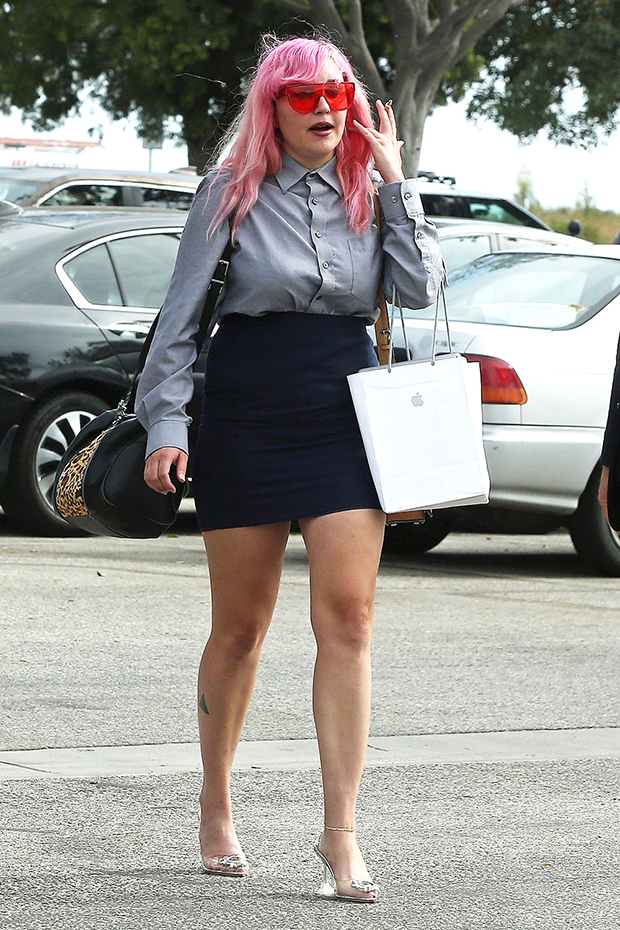 In December, the What A Girl Wants star showed off another hair makeover — a shorter dark do’ and bolder brows. At the time, Amanda was photographed holding hands with her fiance while out in LA. As mentioned, Paul popped the question on Valentine’s Day in 2020. After the special moment, which took place during a romantic dinner, Amanda announced he couple’s engagement on social media.

“Engaged to tha love of my life,” she captioned a photo, showing off her large emerald cut ring on her nude-manicured hand. Amanda and Paul reportedly met while attending the same Alcoholics Anonymous groups.