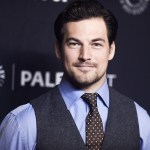 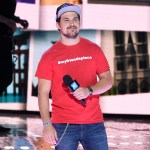 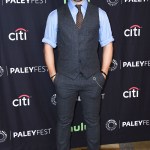 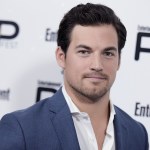 ‘Grey’s Anatomy’ star Giacomo Gianniotti stars in the new movie ‘Acquainted,’ and he spoke EXCLUSIVELY with HL about getting his ‘Reign’ castmates back together and why he was drawn to this ‘beautiful’ story.

Everyone loves a good romantic drama, and Acquainted is just the film to watch if you’re looking for something new and fresh. Giacomo Gianniotti, currently playing Deluca on Grey’s Anatomy, stars as Drew. The film, available on VOD and DVD now, follows old acquaintances who run into each other at a bar and begin seeing each other. Crossing paths again has the acquaintances questioning their own long-term relationships.

HollywoodLife talked EXCLUSIVELY with Giacomo, who also serves as a producer, and he revealed how Acquainted came into his life. It ultimately leads back to Reign, The CW series Giacomo starred in where he met his business partner, Jonathan Keltz.

“Over the years, we worked together on that show where we met, and there were a lot of other actors on the show. We just sort of became a little bit of a family,” Giacomo said. “Even though Jonathan and I only had like one scene together, we really hit it off. After exiting that show, we just found that we had been working as actors for over a decade in Canada and wanted to just do something with our relationships that we had formed over these years. We knew so many writers, directors, actors, producers, editors, cinematographers. We wanted to start creating something for ourselves. So not only do we get to help advance Canadian cinema globally but also get the opportunity to create work for ourselves and for all the people and artists that we know and love. We created a production company called Fired Up Studios, and we immediately set out to just start meeting with directors and writers trying to find the first piece that we were going to produce. We came along Natty Zavitz’s beautiful screenplay Acquainted, and we just thought it was so beautiful, so heartbreaking, and reflected the current time in a way that we hadn’t really seen. It was just really honest about love and how difficult it is trying to walk down a relationship being in your 30s, maybe not being where you thought you’d be in your career, maybe not being where you thought you’d be in terms of being married or having kids, and the societal pressures that we are sort of constantly bombarded by in the media.”

The film also explores what dating is like today and how it’s evolved from previous generations. Giacomo continued: “Certainly, our parents’ and our grandparents’ generation is very romanticized in film, and we still try to strive for that. But the reality is that marriages in those times were very much like a business arrangement. Love was kind of removed from a lot of those exchanges. However, we’re still hanging on to those times, but we’re in a different world. Love works differently. We have all these dating apps, and all this instant sort of gratification online always showing us our next option or comparing ourselves to other couples, other people. So we wanted to hone in on that. We just thought Natty’s script was so beautiful and really captured the essence of that. Once we decided that was the script, we started assembling all of our favorite people that we loved. Everyone’s a Canadian in the production, top to bottom cast and crew. Most of them are close friends of ours, so we were just really happy to be in a position where we could employ incredible artists that we knew were our friends.”

The ensemble cast of Acquainted is made up of Giacomo and Jonathan’s real-life friends, including their Reign co-stars Adelaide Kane and Rachel Skarsten. “We’d all kind of made a connection and a friendship over those years working together on that show, so when this came about we definitely reached out to them,” the actor revealed. “Luckily, they were very excited to come on board. We just did three weeks in Toronto. We shot mostly in our director’s home and used a lot of really beautiful but lesser-known locations in Toronto. We wanted to show Toronto in a different way.”

This is just the beginning for Giacomo. The actor and Jonathan constantly on the lookout for projects that will “advance our Canadian agenda. We just always felt like Canadians weren’t really represented on the big international stage or at least the ones that we’d like to see. Or even on another point, just kind of breaking the stereotype of what the world thinks the Canadian TV show is. You have other shows like Schitt’s Creek, for example, which broke a stereotype of what you think a Canadian show is and what it can do. My whole life I never ever, ever saw the success of anything Canadian in terms of a TV show that had the success that Schitt’s Creek had. They struck a chord and decided to take a risk on doing something new that hadn’t really been done. Similarly, I feel like we’re also exploring that same territory, and I hope that the world market kind of takes note of that and sees us in our film as something to pay attention to.”