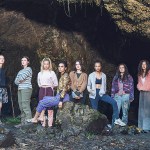 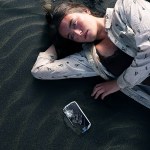 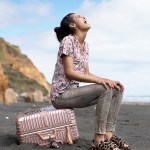 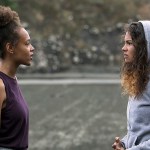 ‘The Wilds’ is the teen survival drama worthy of binging this December. HL spoke EXCLUSIVELY with the cast to get the scoop about what goes down on the island, how filming was ‘physically grueling,’ and more.

Amazon Prime Video’s new young adult series The Wilds is an intriguing drama that’s both a coming of age story and a story about survival. Eight girls find themselves trapped on a deserted island when their plane crashes. The stakes are high and they have to work together in order to find a way off the island.

The Wilds is one of the best new shows of 2020 and will undoubtedly become your next TV obsession. The 8 young women at the center of this series will captivate you from beginning to end as the show explores both their past and present traumas. HollywoodLife talked EXCLUSIVELY with the cast along with the EPs about what to expect from this gripping drama.

The Wilds stars Sarah Pidgeon as Leah, Mia Healey as Shelby, Reign Edwards as Rachel, Helena Howard as Nora, Shannon Berry as Dot, Sophia Ali as Fatin, Erana James as Toni, and Jenna Clause as Martha. Each character comes from a very different background, with the exception of twins Nora and Rachel, before they end up on the island together. Each actress had their own reasons for why they were drawn to their characters. “Throughout my career, representation has been a big thing for me,” Sophia told HollywoodLife. “I very rarely get the opportunity to play someone who is true to my race, so the chance to get to represent people of Pakistani-Indian descent in such a normal light is everything that I’ve always wanted to do.

Reign was drawn to the incredibly complex and important sibling relationship between Rachel and Nora. “It’s a love story between sisters. You don’t see that very often, so it was really exciting for me to do that,” Reign said. “But I think what really caught my attention about the relationship between Rachel and Nora specifically was that these are twins that couldn’t be farther apart from each other. You don’t see that often on television, and it was really cool to be able to share this journey of siblinghood where it’s rough, and that you as an individual person and your siblinghood relationship can affect that so heavily. It’s such a powerful and strong relationship. You see Rachel really struggles with that and Nora still helping her, but Rachel is using her as a crutch at times. It’s because Rachel won’t listen to the lesson that Nora has to give her, so she continues to use her as a crutch even though she doesn’t want her as one. I think it’s just a really powerful story of sisters.”

Sarah teased that Leah is experiencing an “incredible sense of loss” before she gets to the island. “She carries the impact that that event had on her through to the plane crash, once they arrive on the island, and I think she holds on to everything,” Sarah continued. “She analyzes things, and while she’s holding on to that, it sort of clouds her vision and that voice that she has that prevents her from always seeing really the truth of the situation as her mind continues to go faster and faster and faster. Her past is very much still with her even in the present.”

As for Shelby, Mia revealed that Shelby’s past has “everything to do with how she reacts to things on the island down to just who she is as a person. A lot of pressure has been put on her by her family and by herself. I think that really comes through when she’s on the island.”

Erana and Jenna’s characters, Toni and Martha, are best friends. The characters share a touching and resilient bond that helps them both when they’re on the island. Like their characters, Erana and Jenna connected off set as well.

“The first thing we really bonded over was the fact that we’re both indigenous,” Jenna told HollywoodLife. “We both had a lot of stories to tell about each other, like comparing my heritage versus Erana’s heritage. It was so similar in certain ways. We were both very intrigued with each other. It just built that natural chemistry that friends need, and that’s how I felt closer to Erana, and what our characters were going through, how their relationship was growing or plateauing at all. I always felt that, and it was so easy to bring all those sides out.”

Erana added, “I’m indigenous New Zealand and so far away from America and didn’t know a lot about the indigenous culture over there. So to get find those comparisons from across the other side of the globe was magic, and to be able to hear about her stories and her spirituality and her culture in comparison to mine was definitely the root of our friendship. I think that’s also the root of Toni and Martha’s friendship as well. They have that deeply in common.”

The Challenges Of Filming

The Wilds was filmed on the west coast of New Zealand, and it wasn’t a simple shoot. There were physical challenges that the cast had to endure much like their characters. “For me, it was how hot it got,” Shannon revealed. “I run very warm anyway. It really cold when we first started filming, and then it moved into summer. All of a sudden, I was wearing a bright orange jumper and I was like, cool. Great. Mine was dealing with the sun, I could not do it very well.”

Erana noted filming was “tough,” but she wouldn’t change a thing. “It’s pretty brutal, but it was beautiful,” Erana continued. “Everything that you see those girls go through was exactly what we were going through. The elements are unforgiving out there, and we definitely experienced all of them. It was super challenging, but I wouldn’t have had it any other way.”

Shelby admitted to HollywoodLife that the “physically grueling” filming process was a “blessing in disguise because the elements really put you in that place. Sarah [Pidgeon] has said before, you stop acting. It doesn’t become acting anymore. It becomes just literally trying to swim out of the ocean or climb this hill. You don’t have to pretend like you’re out of breath and you’ve been doing this for ages because you have. I think that physicality really helped the characteristic development and also when it comes to like team building and bonding and the characters coming together because it is hard, and we all have to lean on each other for support on and off camera. I think it really helped the fact that it was so physically demanding”

Secrets Of The Past

Sophia revealed that the girls “do come from particularly very traumatic backgrounds,” and Shannon noted that “every single character goes through some sort of healing and self-acceptance, which is just an incredible thing to see. But also, it’s quite sad in some moments that it took getting washed up on a deserted island to finally start healing from what you’ve gone through in your past.”

Rachel and Nora don’t just have to deal with individual problems, they have to work on their relationship as sisters. “I think, at first, the relationship hurts Nora a bit. It’s still really draining,” Helena told HollywoodLife. “She’s holding on to Rachel’s secrets as well as her own. She’s still very protective and coddling in nature, but that’s all she really knows how to do. She has to learn how to let go of Rachel and let her do her stuff on her own, and in doing that, she learns how to let go of everything else surrounding herself.”

The first season will consist of 10 episodes. While it seems that these 8 girls were just involved in a tragic twist of fate that left them deserted on an island, the reality is much more complicated. The girls did not end up on the island by chance. The voiceover in the trailer confirms Leah survives, and Sarah teased the show’s central mystery and the questions surrounding it.

“I think the girls throughout the season you see them find their power, find their strength and work together as a collective,” Sarah told HollywoodLife. “In the moment that you see them in the facility, the agents certainly suddenly have this authority over them. They have autonomy over themselves as the group and then suddenly they’re in this inferior position and having to ask them to answer these questions. I think the questions looming over these girls strengthen the resilience, and hopefully, if we’re able to tell more of the story shows them achieving an end to that.”

The Wilds will leave you wanting more by the end of the season. HollywoodLife asked showrunner and EP Amy B. Harris about the plans for a second season. “We end the season on a very exciting cliffhanger, which I hope you’ll enjoy,” she told HollywoodLife. “Sarah [Streicher], when she created the pilot, had a very strong idea about where the series could go. Some of that changed when we got into a writers’ room and lots of people got to bring brilliant, interesting ideas to the table, but we definitely see a second season, and we have a beautiful blueprint for what that would be. So hopefully, the streaming gods will look kindly on us.